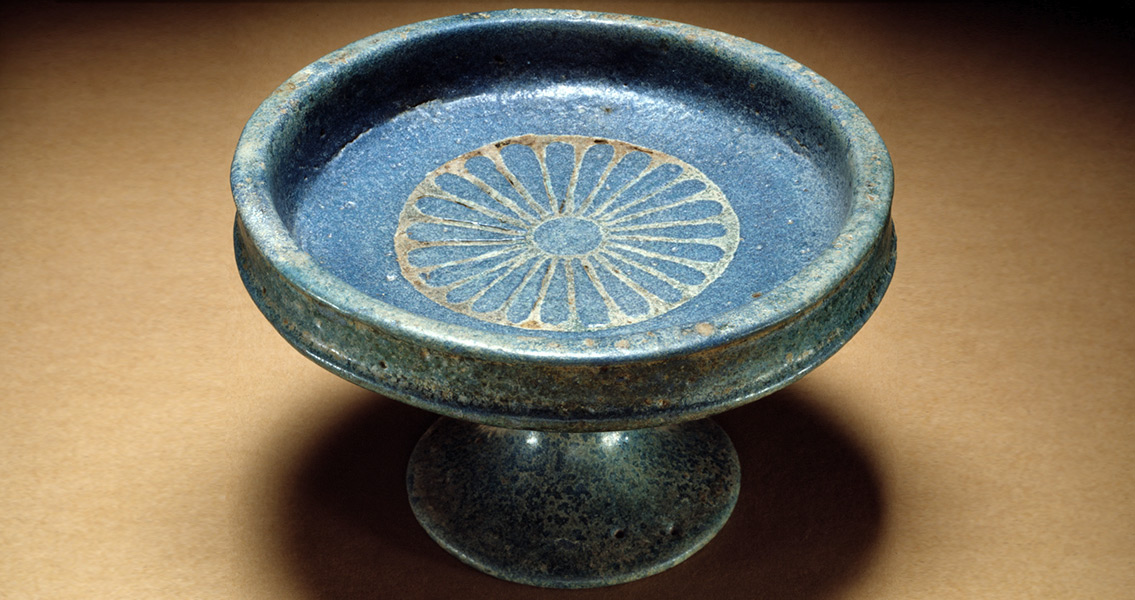 article in the Journal of Art in Society. The colour occurs naturally in a mineral called cuprorivaite but this mineral was rare in Egypt, so, in demonstration of their fine grasp of chemistry, the ancient Egyptians made the pigment manually. They heated to around 950 degrees Celsius a mixture of calcium carbonate or another calcium compound, a compound containing copper, and silica sand, as well as potash or soda, which acted as a flux. Because of this complex procedure scientists believed that the pigment was used for prominent works of art only, and as a main colour. When the era of Greek rule began the new rulers brought with them their own preferred colours, which dominated art at the time. The Romans, who believed the Greeks were the masters of art, followed their preferences closely, using the same palette for works of art. Still, Egyptian blue did not sink into oblivion until the end of the Roman era, when its use sharply declined. Commenting on the Northwestern study, co-author Jane L. Williams from the Hearst Museum, said in the university’s statement the findings suggest researchers should always expect the unexpected when examining works of art. Speaking of the unexpected, earlier research from the British Museum, led by Giovanni Verri, a conservationist who is also an expert in infrared and photo-induced imaging, found a way to reveal the colours of statues and other artefacts that have become invisible to the naked eye. The technology relies precisely on Egyptian blue, which emits infrared radiation when red light is directed to it. The presence of Egyptian blue not only shows which parts of a statue were painted with the pigment but also hints at what other pigments were used in the colouring of an ancient artefact. For more information: Investigating the use of Egyptian blue in Roman Egyptian portraits and panels from Tebtunis, Egypt ]]>