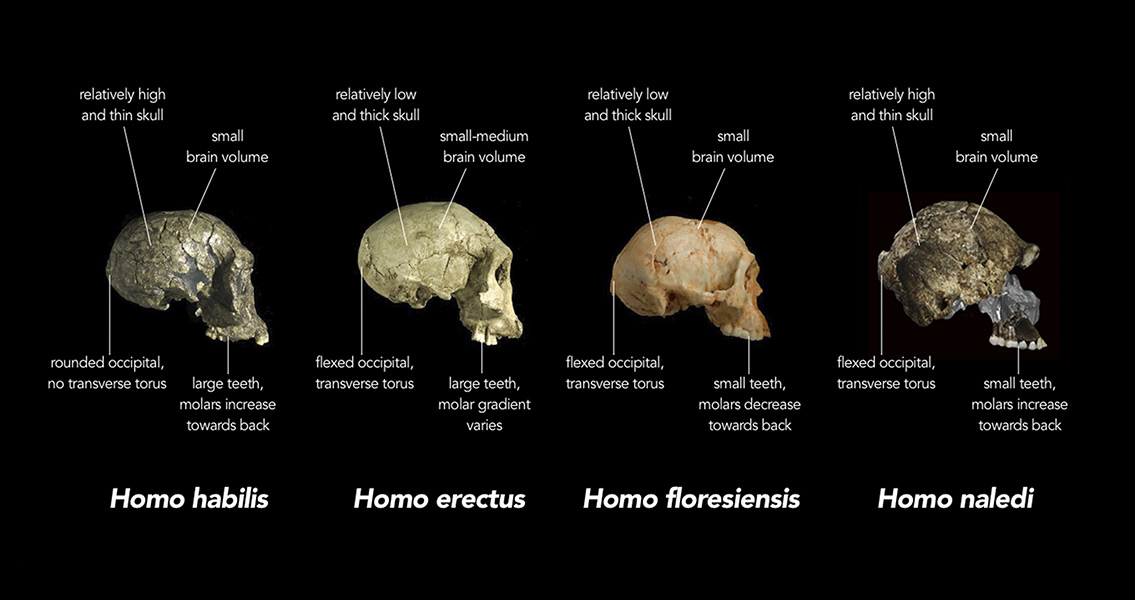 Homo naledi in South Africa has resonated negatively with some South Africans, spurring a seemingly confusing controversy within the black African community. In a country still reeling from the long-standing effects of apartheid, a growing movement to dismiss the discovery of Homo naledi as part of a racist conspiracy to find spurious scientific evidence that black Africans are less than human has been growing in popularity. Cosatu’s former general secretary, Zwelinzima Vavi, proclaimed on his Twitter account that he was “no grandchild of any ape, monkey or baboon” and that “no one will dig old monkey bones” in order to drum up support for what he viewed as a spurious theory that he “was once a baboon”. Vavi has more than 300,000 Twitter followers. The South African Council of Churches (SACC), an organization that had been historically involved in fighting apartheid, came out in support of Vavi’s statements. The president of the SACC, Bishop Ziphozihle Siwa, added fuel to the fire by stating Vavi’s comments were “spot on”, and that it was insulting to claim that black Africans descended from baboons. While apartheid came to an end with Nelson Mandela’s election as South Africa’s first black president in 1994, the injustice and indignities of the former regime’s racist policies run deep. Under apartheid rule, Vavi recounted, he remembered how he had been denigrated by the ruling class to the point where he had been referred to as “a baboon” all his life. Meanwhile, the response of the international scientific community has been perplexed and confused by the vehemence of Vavi, the SACC and others in strongly protesting the discovery of Homo naledi. Richard Dawkins, a noted British biologist, summed it up on Twitter by dismissing the idea of a racist conspiracy as paranoia, pointing out that according to current evolutionary theory we’re all descended from the same biological source; as Dwakins put it, “Whole point is we’re all African apes.” Meanwhile, the official reaction of the South African government has been a positive one. Cyril Ramaphosa, the country’s deputy president, remarked in a statement that the discovery of Homo naledi underscores the bonds we all have with a common ancestor, adding that Africa is the resting place of “our common umbilical cord”. Despite these encouraging words, former chief whip and African National Congress member of parliament Mathole Motshekga proclaimed in an interview with the ENCA television network that the discovery of Homo naledi was a plot to support efforts of Western culture to characterize black Africans as “subhumans”. It’s because of exactly this type of theory that no Africans are respected anywhere in the world, Motshekga proclaimed during his interview, adding that these findings are in line with what colonialists did and said to classify black Africans as less than human in order to justify their oppression, exploitation, and enslavement during the colonial appropriation of South Africa. Image courtesy of Wikimedia Commons user: Chris Stringer, Natural History Museum, United Kingdom]]>