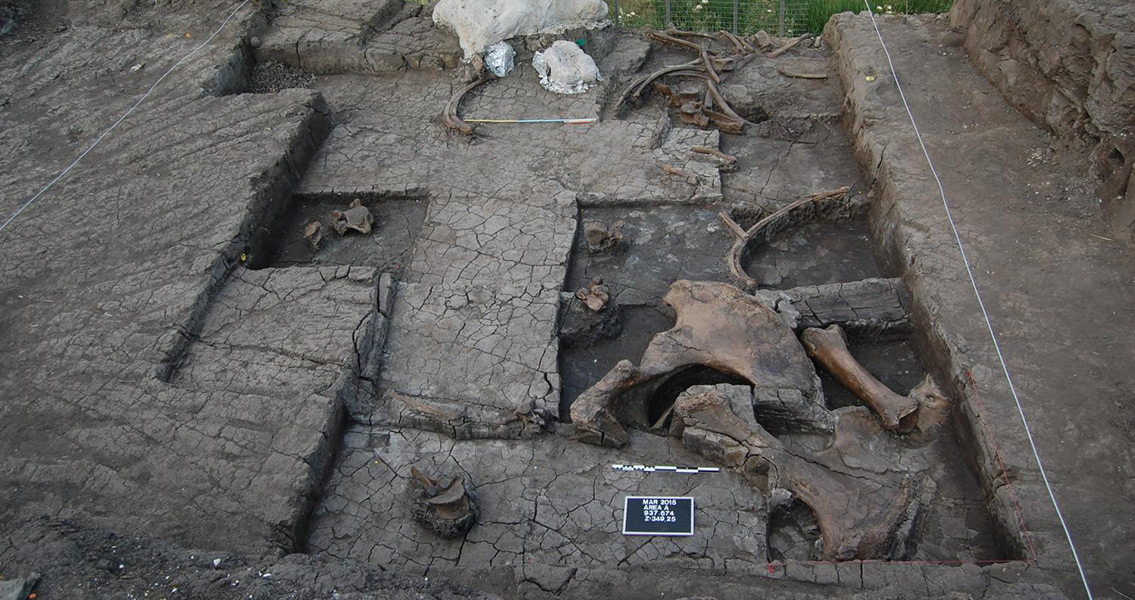 Elephas antiquus, more commonly known as the straight-tusked elephant, a long-extinct species that is thought to be the progenitor of the African elephant. Marathousa 1 was likely to have been a butchering site based on the types of stone artifacts found in close proximity to the remains of the elephant. Additionally, highly distinctive kerf marks were left behind on the bones of the elephant, ostensibly a result of the stone tools as they were used to separate the elephant meat from its bones. So far, early analysis results seem to indicate that the site dates to the Middle Pleistocene, putting it roughly between 300,000 and 600,000 years old. According to Katerina Harvati, a professor with Tübingen University’s Center for Human Evolution and Paleoenvironment, the Greek site is unique due to several of its characteristics. In a press release published by the University, she remarked that the Megalopolis site is the only one in the Balkan region where evidence of an early Paleolithic elephant being butchered had been uncovered. Easily one of the most ancient archaeological sites within the entire country, Marathousa 1 lies within what would have been an epicenter for human migration routes into Europe while also acting as a refuge for human, animal, and plant populations during ice ages. Harvati said that research into the region and its Paleolithic importance has largely gone unnoticed because of Greece’s role in Classical history. Much of the scholarship has revolved around the Hellenistic period and eschewed the Lower Paleolithic as a result. Despite this, the researcher added that Marathousa 1 was and continues to be a high-value site for revealing the secrets behind how humanity dispersed into Europe and how early humans adapted to and behaved within the region as a whole. Professor Havarti, along with her colleagues from both Germany and Greece, hopes to aid in closing the Paleoanthropology research gap that exists in southeastern Europe as a result of this previous focus on the Classical period. Image courtesy of Greek Ministry of Culture ]]>