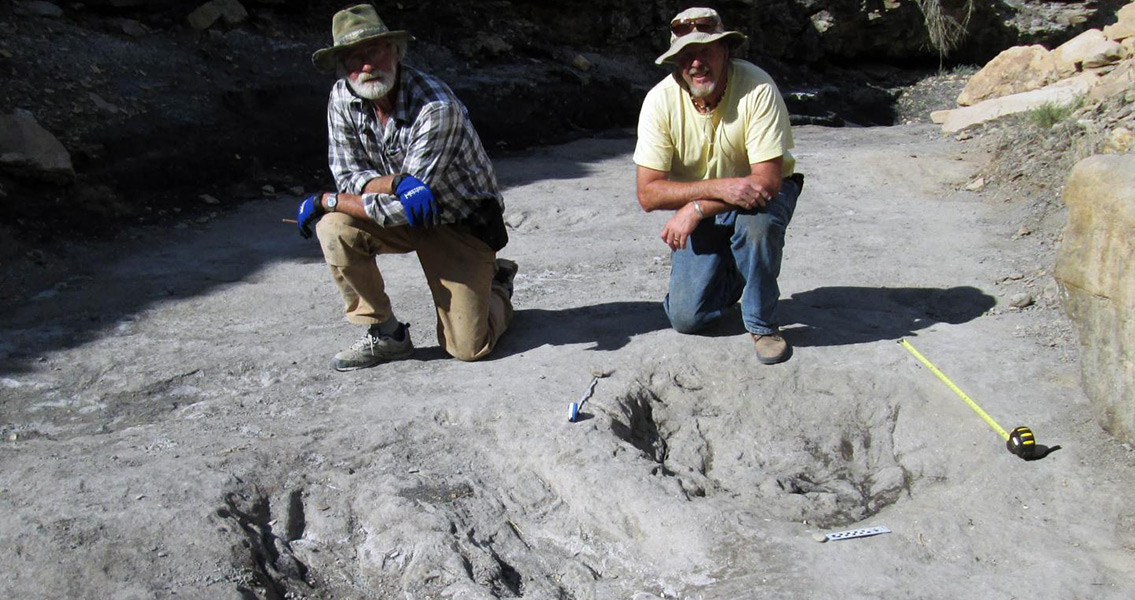 Scientific Reports. Evidence of the mating ceremony has been left behind in 100 million year old fossils, according to Martin Lockley, a professor of geology at the University of Colorado Denver and the author of the study. Modern male birds perform a mating ritual known as ‘nest scrape display’ or ‘scrape ceremonies’, where they show off their prowess as a provider by excavating pseudo nests for potential mates. An international research team led by Lockley discovered large ‘scrapes’ in the prehistoric Dakota Sandstone of western Colorado, which they’ve interpreted as evidence of scrape ceremonies among Cretaceous Dinosaurs. “Thus, these scrapes represent a hitherto unrecognised category of physical trace fossil evidence ostensibly associated with early behavioural phases in the breeding cycle of non-avian theropod dinosaurs”, Lockley writes in the study itself. The findings make a significant addition to what is currently a major focus of paleobiological research: the connection between dinosaurs and modern bird species. Despite extensive phylogenetic and morphological evidence highlighting physical and biological similarities, the latest discovery provides a rare example of behavioural evidence preserved in the fossil record. Four sites in the Cretaceous Dakota Sandstone of Colorado have been identified by the team as containing traces of large nest scrape display. Significantly, the traces are spread out over a broad area, with three sites discovered in the west of the state and one in the east, suggesting nest scrape display rituals were widespread among the dinosaurs that inhabited the region. In a press release, Lockley explained the significance of the find: “These are the first sites with evidence of dinosaur mating display rituals ever discovered, and the first physical evidence of courtship behavior,” he said. “These huge scrape displays fill in a missing gap in our understanding of dinosaur behavior.” Over 50 examples of substrate scraping measuring up to two metres in diameter have been discovered, in an area rich in footprints from both carnivorous and herbivorous dinosaurs. Lockley, a paleontologist specialising in dinosaur tracks, insists the scrapes are compelling evidence of leks (display arenas), “consistent with “nest scrape display” behaviour among many extant ground-nesting birds.” He provides evidence in the study that the scrape marks are not from actual nests, nor simply examples of digging for shelter, food or water. The discovery confirms what paleontologists could previously only speculate about: the evolutionary driver known as ‘sexual selection’ was present among dinosaurs. Both birds and mammals since prehistoric times have used male competitiveness as a basis for reproduction. Males looking for a mate compete with their rivals to win the affections of females, who choose the most impressive performers to reproduce with. In the case of nest scrape display, the model nests are the means for the males to demonstrate their suitability as a mate. “This is physical evidence of pre-historic foreplay that is very similar to birds today. Modern birds using scrape ceremony courtship usually do so near their final nesting sites. So the fossil scrape evidence offers a tantalizing clue that dinosaurs in ‘heat’ may have gathered here millions of years ago to breed and then nest nearby.” said Lockley, in the University of Colorado Denver press release. For more information: www.nature.com Image courtesy of University of Colorado Denver ]]>