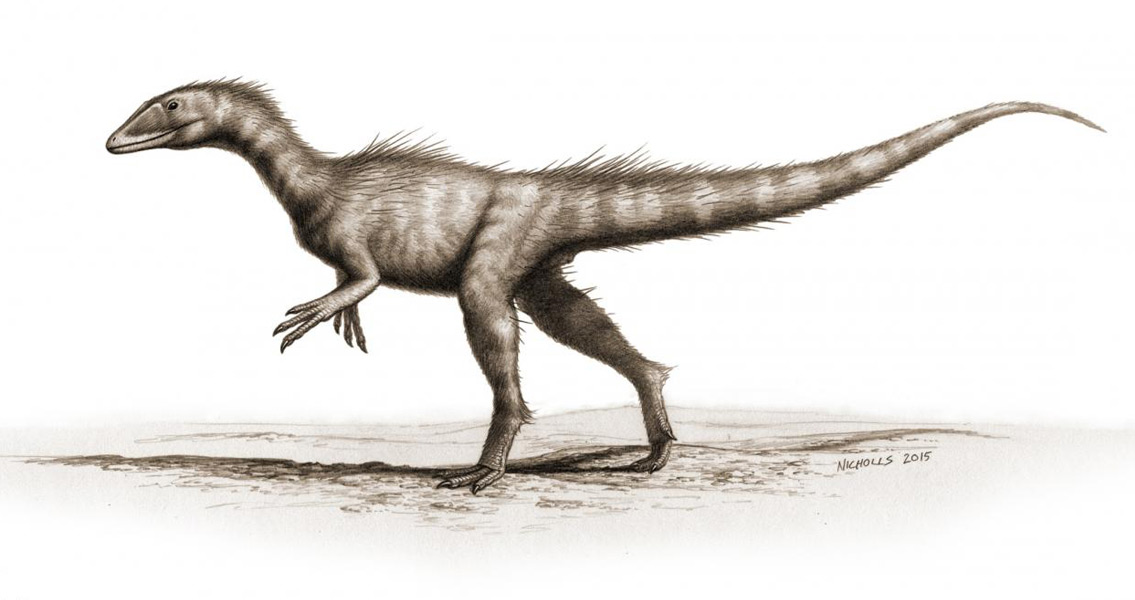 Plos One believe the creature had died on a nearby prehistoric island before being washed out to sea. Ending up on the Welsh coast, the theropod was buried in sediments over millions of years until eventually it was completely encased in what is today the cliff face at Lavernock Point. Following careful analysis at Portsmouth University, it was confirmed that the creature was indeed a totally new species of dinosaur. Scientists have named the theropod: Dracoraptor hanigani – the first part of the name means ‘dragon robber’, and is a reference to the national symbol of Wales, and the fact the creature belongs to the Raptor family. The second part is a tribute to the people who first discovered the fossilised remains: Nick and Rob Hanigan. According to the study, written by David Martill from the University of Portsmouth and his colleagues from the National Museum Wales and the University of Manchester, the creature could be the oldest Jurassic dinosaur ever discovered in the UK, possibly even in the world. Steven Vidovic, a paleontologist at Portsmouth University who worked on the remains and co-authored the study, told the Guradian: “It’s the best dinosaur fossil Wales has ever had.” 40% of Dracoraptor hanigani‘s skeleton has been recovered, including bones from all over its body. Piecing together the sections of snout, teeth, neck, arm, hand, pelvis, leg, foot and tail the paleontologists have started to make conclusions about this prehistoric creature. In life the specimen would have measured 70 cm tall and two metres long, with a long tail likely used to help its balance. Dracoraptor hanigani had sharp front teeth combined with smaller, serrated ones, leading the team to conclude the dinosaur was a meat eater. Many of its bones were not yet fully formed or fused, suggesting the specimen may be of a juvenile dinosaur. The discovery of the creature has the potential to fill some significant gaps in knowledge concerning a crucial period in the evolution and development of dinosaurs. Stratigraphic analysis of the cliffs where the remains were found indicate the creature lived in the Lower Jurassic period, a time when Theropod dinosaurs were likely to have been diversifying rapidly but from when very few remains are available. For Europe especially, all Theropod fossils tend to be isolated, fragmented bones. Mr. Vidovic explained Dracoraptor hanigani‘s significance in a press release: “The Triassic-Jurassic extinction event is often credited for the later success of dinosaurs through the Jurassic and Cretaceous, but previously we knew very little about dinosaurs at the start of this diversification and rise to dominance. Now we have Dracoraptor, a relatively complete two meter long juvenile theropod from the very earliest days of the Jurassic in Wales.” For more information: Plos One Image courtesy of Bob Nicholls]]>