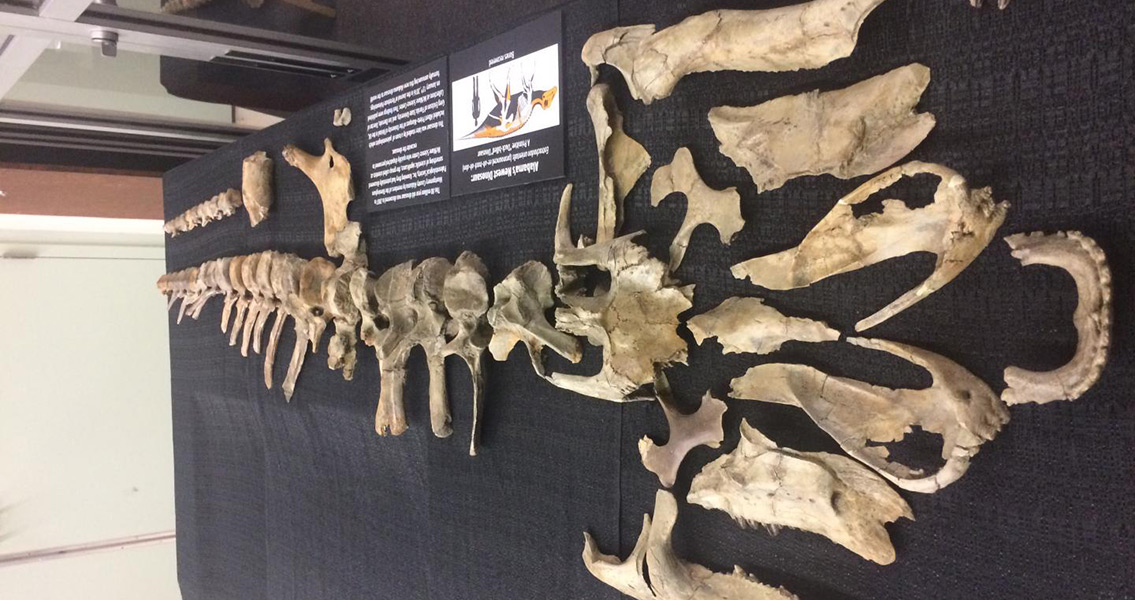 Eotrachodon orientalis, which means “dawn rough tooth from the east”, the name is also a tribute to the first duck-billed dinosaur ever discovered: the Trachodon. The details of the team’s research have just been published in the Journal of Vertebrate Paleontology. Erickson and colleagues say the Eotrachodon orientalis specimen measured between 20 and 30 feet long (between 6 and 9 metres) in life. It likely walked on its hind legs, occasionally coming down on to all four to graze on plants. The team are currently unable to say for sure how old the specimen was when it died, but according to Erickson, the highly vascularised bones suggest it had been growing rapidly before its death. This could suggest it was in adolescence, and would have grown even longer had it reached adulthood. The discovery has revealed a great deal about the development of Hadrosaurids. The family of dinosaurs lived during the Cretaceous Period which lasted for roughly 79 million years, from 145.5 million to 65.5 million years ago. One of the most common families of dinosaurs from the period, Hadrosaurid remains have been found in North America, Europe and Asia. The discovery in Montgomery County shows that the duck-billed dinosaurs originated in what is now the eastern United States. “This is a really important animal in telling us how they came to be and how they spread all over the world”, said Erickson, in a press release. During the Cretaceous Period the North American continent was divided into two landmasses: Laramidia to the west and Appalachia to the east, by a 1,000 mile ocean connecting the Arctic Ocean to the Gulf of Mexico. “For roughly 100 million years, the dinosaurs were not able to cross this barrier”, said Jun Ebersole, director of collections at McWane Science Center. “The discovery of Eotrachodon suggests that duck-billed dinosaurs originated in Appalachia and dispersed to other parts of the world at some point after the seaway lowered, opening a land corridor to western North America.” For more information: www.tandfonline.com Image courtesy of Jun Ebersole, McWane Science Center]]>