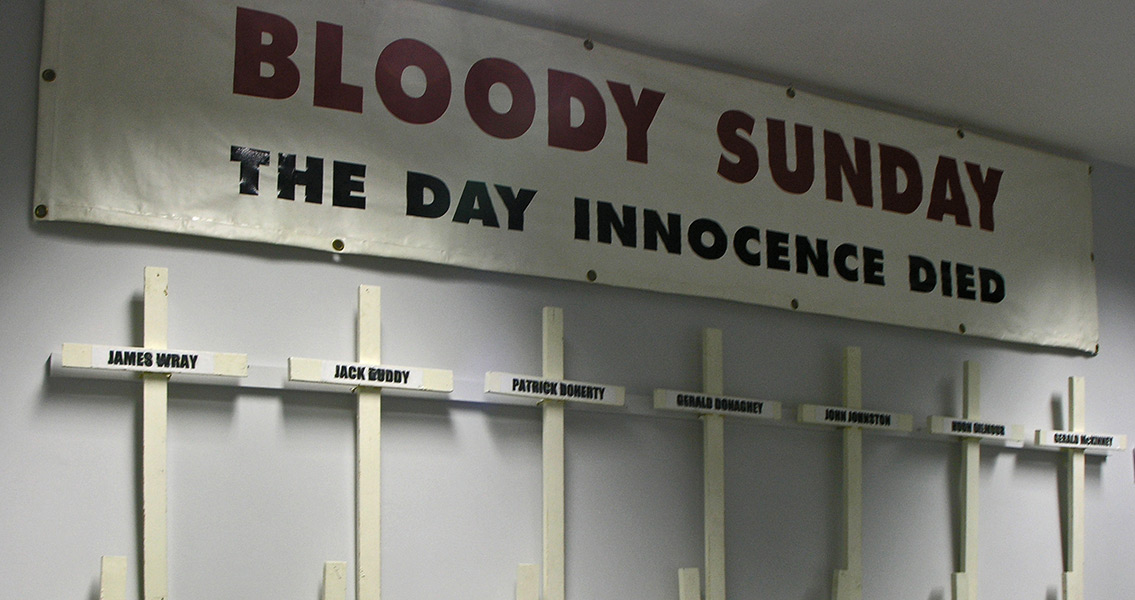 The Wolfe Tones – Go On Home British Soldiers Its depiction in Irish rebel songs such as ‘Go On Home British Soldiers’ shows that for many in Ireland the massacre was just another tragedy in a centuries old conflict between British imperialism and Irish nationalism. The Bloody Sunday massacre was absorbed into the tradition of rebel music which had for centuries railed against British interference in Ireland and Northern Ireland. It took decades for the British government to accept the responsibility of its military for the massacre. A controversial report, headed by High Court Justice Lord Widgery, was published in summer 1972. It exonerated the British troops, and suggested that the protesters had been carrying explosives and other weapons. It wasn’t until 2010 that a new report into the events was published, headed by Lord Savile it laid responsibility for the massacre with the British army and cleared all of the victims of any wrong doing. Among other crucial conclusions, it claimed the soldiers opened fire without warning and subsequently attempted to cover up their actions, and that the protesters were all unarmed. In November 2015 a former British soldier was arrested for questioning in regards to the shootings, showing that 44 years on, the Bloody Sunday massacre is yet to be truly resolved. Image courtesy of Wikimedia Commons user: SeanMack ]]>