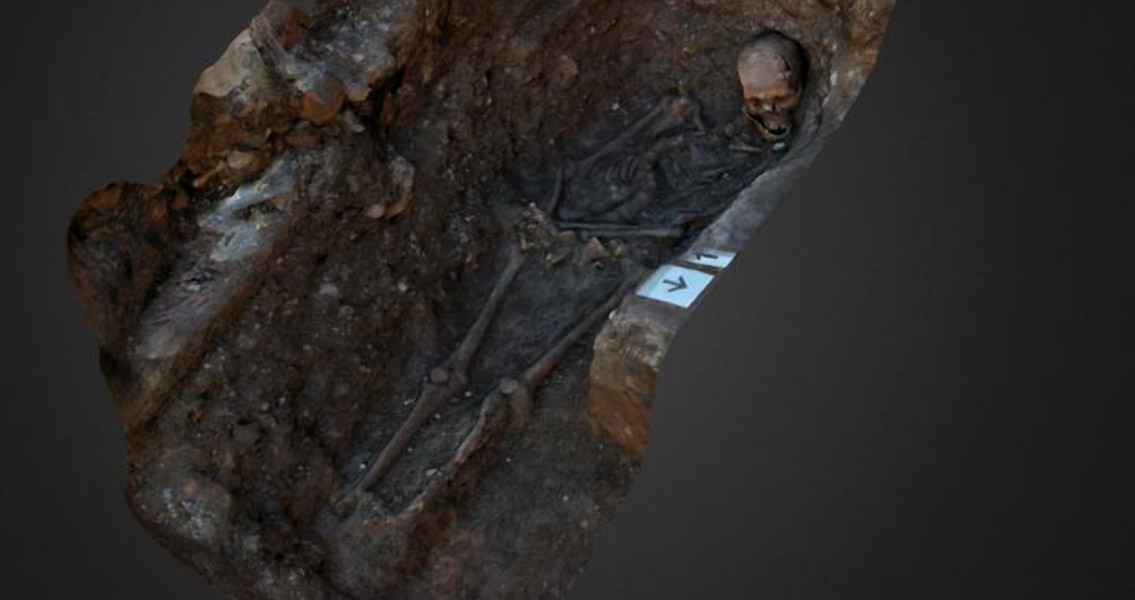 My Kingdom for a 3D Interactive Grave Site!

Sketchfab, a 3D sharing platform, the interactive model can be rotated and examined in order to provide an immersive pathway to study the king’s grave – and reveals the perfunctory, less-than-reverent nature in which his remains were interred. In fact, researchers discovered that the grave itself was dug poorly and seemingly in haste, as its sides sloped and its base was uneven. The grave was also too short to accommodate the king’s body properly, resulting in it being laid out slumped to one side with the head propped up – providing evidence that matches contemporary accounts that the monarch was buried unceremoniously. In a university press release, ULAS site supervisor Matthew Morris said that two-dimensional images of the burial, while having a drama all of their own, aren’t as arresting as a three-dimensional model is, especially when it comes to grasping the spatial relationships that are revealed. The first man to lay eyes on the remains of the king since his internment centuries ago added that the new 3D model of the grave affords researchers the ability to continue examining it long after the end of the excavation. Additionally, it allows scientists to examine the grave from angles that would have been impossible during the initial exhumation. The process used to create the digital reconstruction of the grave, known as photogrammetry, has seen widespread use not just in archaeology but in other industries as well, including the entertainment industry. The technique is both cost-effective and swift in building a three-dimensional model out of several two-dimensional images. The grave, along with other 3D imaged archaeological sites explored and documented by ULAS, can be explored on the Sketchfab website Image courtesy of University of Leicester ]]>