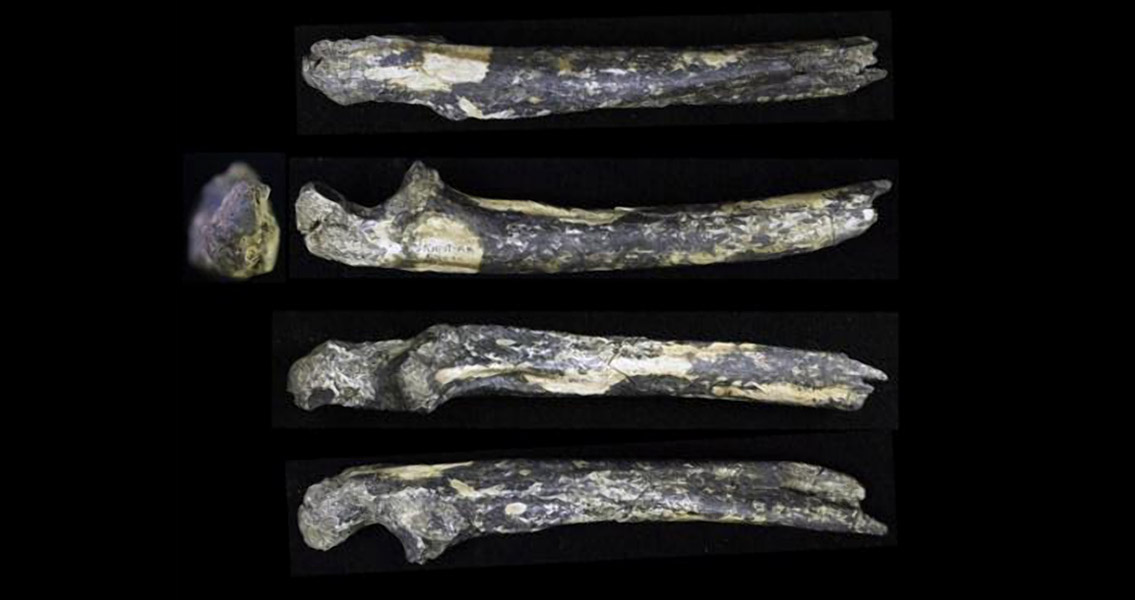 Australopithecus afarensis fossils unearthed in Kenya suggest that the early hominid lived across a much broader area than previously thought. Until the latest discovery, all A. afarensis fossils had been found on the floor of the Great Rift Valley, a trench which marks the separation of the Nubian and Somali plates. The latest find marks the first time that fossils of the species have been identified east of the valley, suggesting A. afarensis lived much farther eastward than hitherto believed – as far as the highlands of Kenya. Emma Mbua of Mount Kenya University and Masato Nakatsukasa of Kyoto University led the international team responsible for the findings. In their report, published in the Journal of Human Evolution, they detail the fossilised teeth and forearm bones from an adult male and two infant A.afarensis discovered in an exposure eroded by the Kantis River in Ongata-Rongai, a settlement in the outskirts of Nairobi. “So far, all other A. afarensis fossils had been identified from the center of the Rift Valley,” explained Nakatsukasa in a press release. “A previous Australopithecus bahrelghazali discovery in Chad confirmed that our hominid ancestor’s distribution covered central Africa, but this was the first time an Australopithecus fossil has been found east of the Rift Valley. This has important implications for what we understand about our ancestor’s distribution range, namely that Australopithecus could have covered a much greater area by this age.” A. afarensis is one of the most well studied early human species. Based on the fossil record available, which includes specimens from over 300 individuals, paleontologists estimate the species lived between 3.85 million and 2.95 million years ago, a 900,000 year period four times longer than modern humans have existed. First discovered in 1974, with the famous ‘Lucy’ fossil, the species has played a ground breaking part in developing our understanding of human evolution. A.afarensis exhibited characteristics of both humans and apes. Their face and brain case were very much reminiscent of primates, as were their long, curved arms which would have allowed them to climb trees with ease. On the other hand, their small canine teeth, and body which stood on two legs were very similar to other early humans. Significantly, the Kantis region where the latest remains were unearthed would have been different to environments usually assumed to have been the domain of A. afarensis. Stable isotope analysis of the surrounding area revealed that three million years ago Kantis was a humid, plain like environment with markedly fewer trees than the other sites where evidence of A.afarensis has been discovered. “The hominid must have discovered suitable habitats in the Kenyan highlands. It seems that A. afarensis was good at adapting to varying environments,” Nakatsukasa noted in the press release. Nakatsukasa and Mbua’s findings force a reevaluation of the geographic distribution of some of our oldest ancestors, while also suggesting A.afarensis was much more adaptable than previously believed. For more information: www.sciencediret.com Image courtesy of Masato Nakatsukasa / Kyoto University]]>