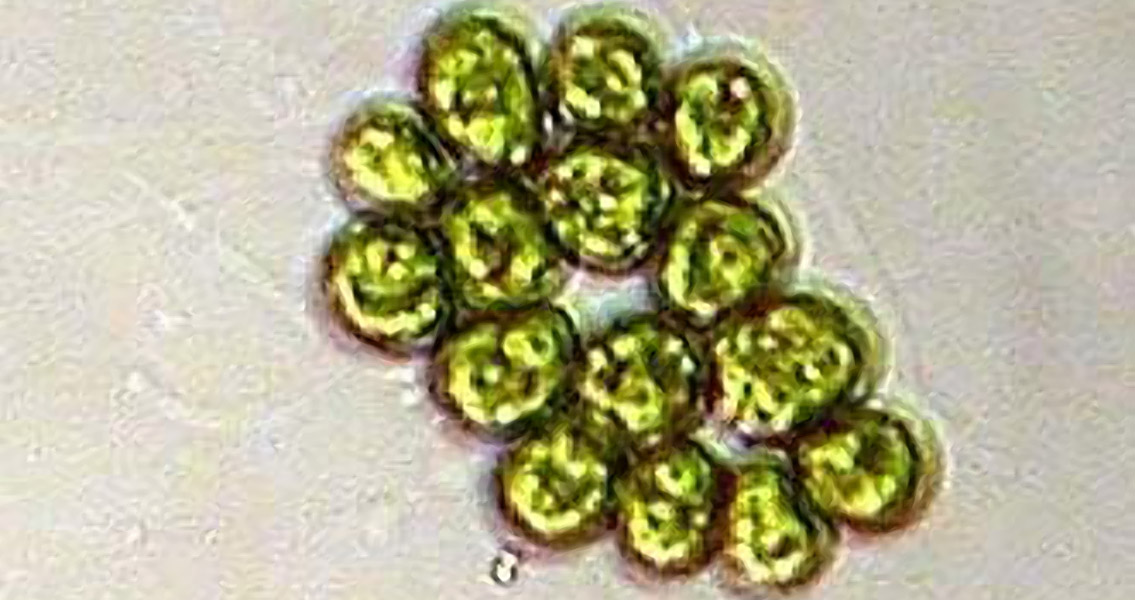 Gonium pectorale, a simple green algae comprising only sixteen cells. Following an international collaboration between Kansas State University, the Universities of Arizona and Tokyo, and Wits University, the genome of the algae has been sequenced, allowing an in depth study of its DNA. Volvocine green algae, the group to which G.pectorale belongs, is an invaluable model system for studying multicellularity. As Durand explained, “The evolutionary transition to multicellularity has occurred numerous times in all domains of life, yet the evolutionary history of this transition is not well understood. However, the volvocine green algae include a diverse variety of unicellular, colonial, and multicellular species.” The volvocine group is a diverse one, meaning it is possible to study members of varying degrees of complexity. They also evolved relatively recently, during the Triassic period, meaning there is enough evidence to study their origns. According to the study, group formation in the algae evolved by co-option of the retinoblastoma cell cycle regulatory pathway. “Significantly, expression of the Gonium retinoblastoma cell cycle regulator in unicellular Chlamydomonas causes it to become colonial. The presence of these changes in undifferentiated Gonium indicates extensive group-level adaptation during the initial step in the evolution of multicellularity.” the authors write, in the abstract to the study. Although only scraping the surface of the complicated transition from single to multicellular organisms, the team have succeeded in uncovering some of the genes that regulate cellular growth and division within the G.pectorale. It helps explain how single cells lived in groups, and could prove a vital starting point in shedding light on other aspects of multicellular transition. For more information: www.nature.com Image credit: The Volvocales Information Project by Aurora Nedelcu]]>