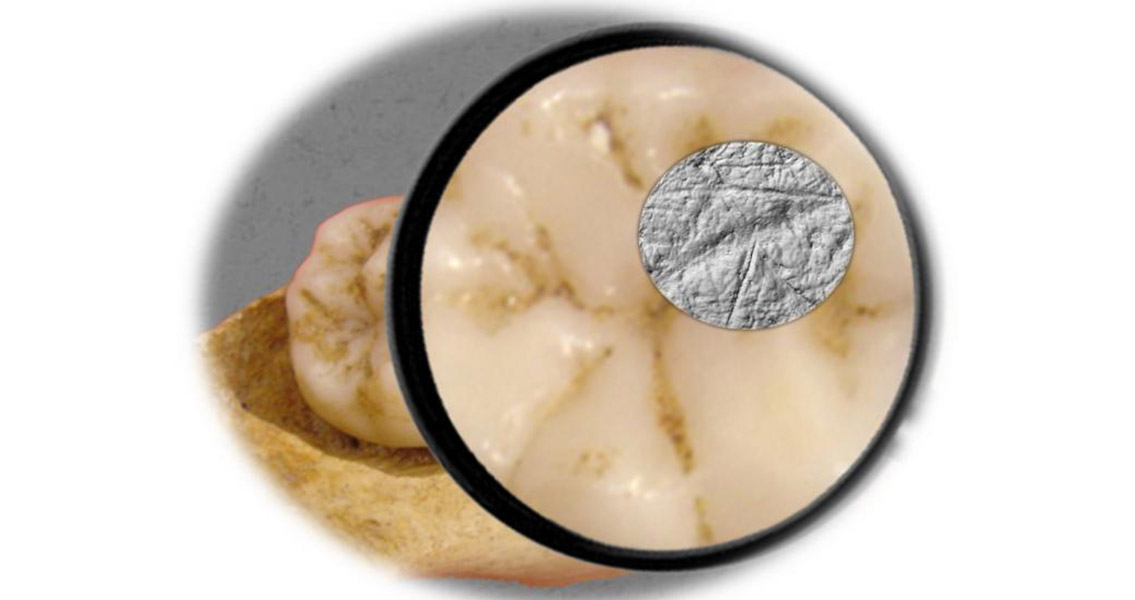 PLOS ONE, offers fresh insight into the fate of the Neanderthals, suggesting their adaptable subsistence strategies actually put them at a disadvantage compared to humans during the Last Glacial Maximum. The Neanderthal lineage existed successfully throughout Europe and Asia, surviving the harsh and shifting environments of glacial/interglacial cycles from the Pleistocene onward. However, as the climate commenced the deterioration which would result in the Last Glacial Maximum, just after the first humans had entered Eurasia, the Neanderthals disappeared. What happened to them is unclear, but the outcome is not, Western Eurasia was subsequently populated by just one homo species: modern humans. Led by Sireen El Zaatari from the Paleoanthropology department at the Eberhard Karls Universität Tübingen, Germany, the authors of the study analysed the fossilized molars of 52 Neanderthals and Upper Paleolithic Homo sapiens (modern humans). Their aim was to glean insights into the possible influence of dietary strategy, in particular by analysing the degree of microwear on the teeth. This information could be used to draw conclusions about diet type, which was then linked to prevalent climatic conditions. Surprisingly, the team found that dental microwear among Neanderthals varied significantly depending on ecological conditions. “Analyses of the data show that within the Neandertal lineage, dental microwear signatures are significantly associated with paleoecological conditions.” they wrote in the new study, published this week. Neanderthals that lived in wooded or mixed habitats possessed more complicated dental microwear than those from open habitats. The conclusion to be drawn from this is that Neanderthals adapted their diets to the resources available as climates and habitats changed. In cold, barren, open steppe environments, the Neanderthals had a diet made up mostly of meat. In forested landscapes they supplemented their diet with more plants, seeds and nuts. For modern humans, the situation was completely different. “For the Upper Paleolithic humans, unlike the case for the Neandertals, no significant correlation is detected through the paleoecological ranks.” Crucially, the modern humans’ adhered to the same dietary strategy despite environmental changes, retaining a large proportion of plant based foods. This could have fostered technical innovations which gave humans a distinct advantage. “To be able to do this, they may have developed tools to extract dietary resources from their environment” said El Zaatari, in a press release. Neanderthals had an opportunistic approach which allowed them to flourish throughout much of their history, eating whatever was available in the habitat they called home. Modern humans however, strove to access the same food resources despite the changing conditions, eventually pushing them to develop tools. According to the study, as humans’ technical complexity increased their diet started to change dramatically, as they were able to exploit their landscape much more effectively. When Neanderthals and modern humans came into contact and started to compete for resources, this technical superiority would have undoubtedly given the humans a significant advantage. El Zaatari and colleagues’ study offers a new take on the mystery surrounding the demise of the Neanderthals, suggesting their opportunism could have ultimately been a disadvantage. For more information: www.plos.org Image courtesy of Sireen El Zaatari PLOS ONE e0153277]]>