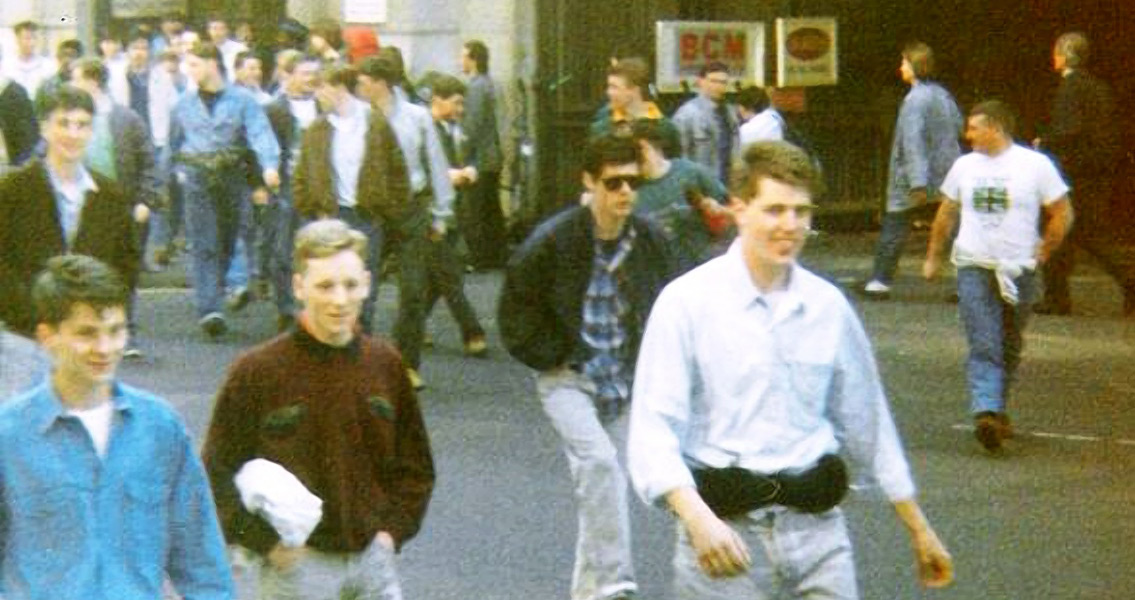 A History of British Football Hooliganism

Football hooliganism has been around, in one form or another, as long as football itself. Recent events at the European Football Championship, particularly the running street battles and stadium fights between British, French and Russian supporters, have brought football hooliganism back into the media limelight however, providing a reminder of the most provocative element of one of the world’s most popular sports. A hooligan is defined as “a violent young troublemaker, typically one of a gang”. The etymology of the word is far from clear, but it is generally believed to have originated at some point late in the nineteenth century. When used in connection to football, the term is deeply evocative, bringing to mind the violent, sometimes tragic clashes between rival supporters in the later decades of the twentieth century. Significantly, these clashes were not simply random acts of violence, but organised confrontations between massive gangs of fans, referred to as ‘firms’ in the UK.

Origins of Football and Hooliganism

Football originated, in a rudimentary form, in England in the thirteenth century. A game played between villages, often on religious holidays and using a pigs bladder as a ball, it was so violent it was almost incomparable to the modern form of the game. Teams from rival villages would essentially battle with each other, the aim seemingly to kick the ball into the other village’s church. It was banned in 1349 by King Edward III of England, partially because he felt it was distracting his subjects from their military training, but also because of the social unrest which inevitably surrounded the brutal game. Even when football took on a form closer to today’s, social unrest was rarely far away. In the 1800s violent outbreaks were reported at matches, with the riot act having to be read out at a game in Derby in 1846. As the nineteenth century wore on and the rules of the game became increasingly rigid the violence continued, with mobs either attacking the opposition’s fans or on occasion the players themselves. One of the most shocking outbreaks of violence came in Glasgow in 1909 at a game between Glasgow Rangers and Celtic, a fixture which remains infamously inflammatory to this day. After officials refused to allow extra time to settle a draw between the two clubs, a riot broke out. Reports claimed that up to 6,000 spectators were involved in the shocking event, which resulted in serious injury to over fifty policemen, and massive damage to the football grounds. The surrounding area wasn’t even spared, with the police report stating that every street lamp in Hampden had been smashed by the rampaging fans.

Although media coverage after the Second World War gave the social unrest which surrounded football matches extensive coverage, eventually leading to the term hooligan being used to describe unruly fans for the first time, violence around football had been present in the UK long before. Crucially though, the 1960s onward witnessed a new kind of organisation, where social unrest was planned rather than just occurring in sporadic outbursts. The hooliganism of the 1960s was very much symptomatic of broader unrest among the youth of the post war generation. Equally, it also played into the media narrative of civil unrest, meaning it garnered widespread coverage. Groups of football hooligans gathered together into firms, travelling the country and battling with fans of rival teams. In an interview with ESPN, a former member of a Manchester United supporting firm, known as ‘Hotshot’, described the rituals involved with being a football hooligan in the 1980s “The buzz about the kick off — you were Man United, you weren’t running anywhere or you weren’t getting into the Red Army. We wasn’t boozing, we’d be out before, ambushing other firms before the match started.” Media notoriety became a form of point scoring for the different bands of hooligan. Before kick-off, different gangs would ambush each other, starting fights on the street. In the grounds themselves, the aim was to attack the opposition fans, victory achieved by forcing them from their viewing area behind the goal. In the 1988 – 89 Premier League season, 6,185 arrests were made on hooliganism charges. A 1985 domestic cup tie between Luton and Millwall saw the visiting Millwall fans battle with police and local supporters. 81 people were injured and 31 arrested in a single evening. That same year the situation reached a tragic conclusion in the European Cup final between Italian team Juventus and Liverpool Football Club. The Liverpool fans charged their Italian counterparts, inadvertently causing a wall in the stadium to collapse, killing 39 people. The late eighties proved something of a turning point, the authorities clamping down on hooliganism. The introduction of stadium seating, and a greater police presence at stadia, gradually calmed down even the most vitriolic local fixtures. Violence still occurred, but it was generally isolated to clashes between small groups of fans on the streets before or after a fixture. Nevertheless, events in France show that even with these tighter controls, the violence that has long surrounded football remains.]]>
Tags: BritishEuropean Championshipfirmsfootballhooliganhooliganismsocial unrestviolence
Share 0
Tweet
Share
Share
Share