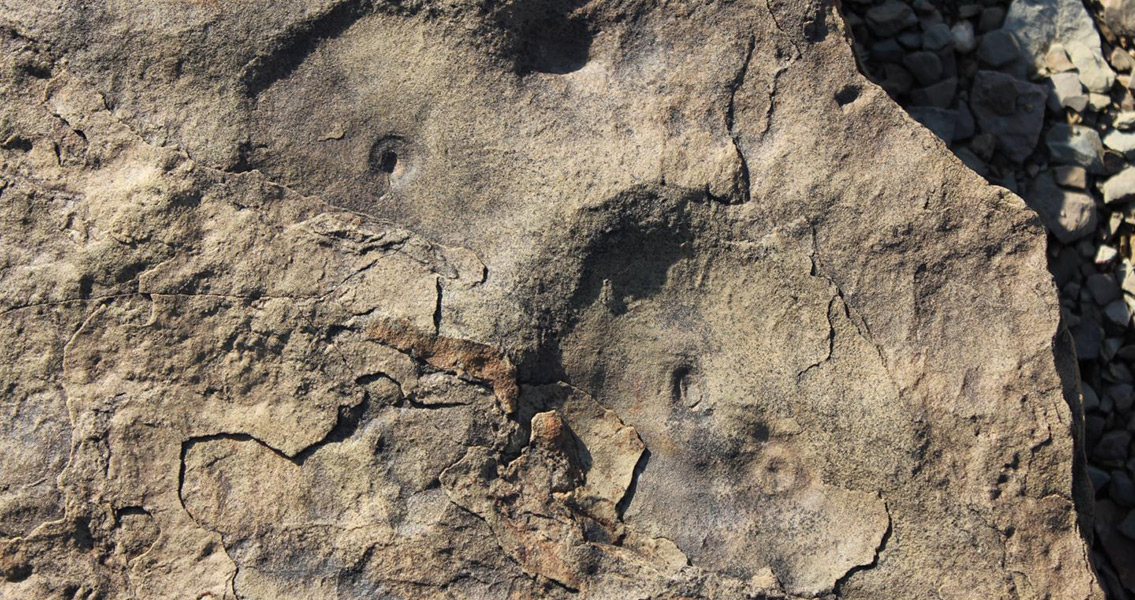 Palaeogeography, Palaeoclimatology, Palaeoecology, a recently released study suggests that newly evolved biological organisms, deemed ‘ecosystem engineers’, changed the environment so drastically the older species were driven to extinction. For more than 3 billion years the only life on earth had consisted of microbes – various types of single celled organisms. That all changed with the arrival of the first multi-cellular life, including Ediacaran biota. Around 600 million years ago the Ediacarans spread across the planet, largely in the form of immobile marine life, shaped as discs and tubes, fronds and quilted mattresses. The first evidence of the Ediacaran biota was found in the form of fossil impressions in the Ediacaran mountains of South Australia in 1946. It proved a major turning point in the study of evolution, highlighting the complex array of life that existed on the planet prior to the Cambrian Explosion. 60 million years into the Ediacaran period, another drastic evolutionary innovation occured with the arrival of metazoans, the first animals. Unique for being the first creatures with the ability to move independently, the metazoans heralded the beginning of the Cambrian Explosion, a 25 million year period that saw most of the world’s major animal families: vertebrates, athropods, jellyfish, mollusks, sponges and annelids, come into existence. By the end of the explosion however, the Ediacarans had all been wiped out. A number of theories have been put forward to explain the Ediacaran’s fate. Two main schools of thought exist: the first that drastic environmental changes, such as changes in sea level, pushed the Ediacaran biota to extinction, the second that it was due to ecosystem changes brought about by the arrival of animals. The second view is very much the one taken by the authors of the latest study. “These new species were ‘ecological engineers’ who changed the environment in ways that made it more and more difficult for the Ediacarans to survive,” said Simon Darroch, assistant professor of earth and environmental sciences at Vanderbilt University and lead author of the new study – titled: ‘A mixed Ediacaran-metazoan assemblage from the Zaris Sub-basin, Namibia.’ Key to Darroch and colleagues’ study is one of the best preserved examples of a mixed community of Ediacarans and animals, which provides the best evidence yet seen of a close ecological association between metazoans and Ediacarans. “Until this, the evidence for an overlapping ecological association between metazoans and soft-bodied Ediacaran organisms was limited,” explained Darroch. “Here, we describe new fossil localities from southern Namibia that preserve soft-bodied Ediacara biota, enigmatic tubular organisms thought to represent metazoans and vertically oriented metazoan trace fossils. Although the precise identity of the tracemakers remains elusive, the structures bear several striking similarities with a cone-shaped organism called Conichnus that has been found in the Cambrian period.” Although not providing definitive answers to the Ediacaran’s fate, the fossil localities used in the study help paint a clearer picture of the crossover between Ediacarans and animals, which in turn could boost our knowledge of the mass extinction. “With this paper we’re narrowing in on causation; we’ve discovered some new fossil sites that preserve both Ediacara biota and animal fossils (both animal burrows – ‘trace fossils’ – and the remains of animals themselves) sharing the same communities, which lets us speculate about how these two very different groups of organisms interacted”, said Darroch. Even though it took place millions of years ago, the extinction of the Ediacarans due to mass ecosystem change has ominous repercussions for today. “There is a powerful analogy between the Earth’s first mass extinction and what is happening today,” said Darroch. “The end-Ediacaran extinction shows that the evolution of new behaviors can fundamentally change the entire planet, and today we humans are the most powerful ‘ecosystems engineers’ ever known.” Image courtesy of Simon Darroch, Vanderbilt University]]>