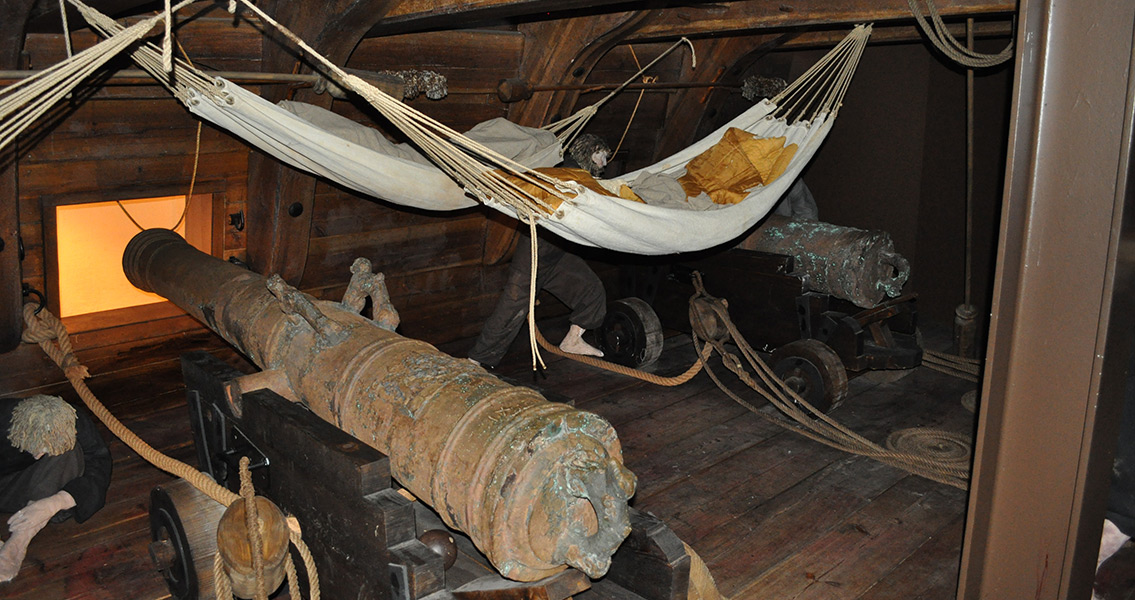 The Local Sweden recounts how divers undertaking excavation work on the Kronan, a royal ship that sunk in the waters of the Baltic, made the discovery in July, with the cheese housed within a black tin jar resting on the seabed off the coast of the island of Öland. According to the Kalmar County Museum’s Lars Einarsson, researchers are reasonably sure that the object contained within the sealed jar is some sort of dairy product, with it most likely being cheese of some kind. The scientist added that the substance is both thick and gooey, has a strong smell of yeast and cheese, and particularly resembles a rather granular Roquefort, a blue cheese traditionally created from sheep milk. Einarsson remarked that the smell to him was quite appetizing, thanks to his own personal tastes for exotic food. However, while it’s been reasonably well preserved by being in the frigid mud of the Baltic, the 340-year-old cheese isn’t something he’s going to be tasting any time soon; the researcher likened the seafloor to be about as far as possible from the kind of ideal preservation conditions in a location such as Tutankamun’s burial chamber. It wasn’t just exceptionally fragrant ancient cheese that the researchers found. Over the course of a two-week dive, Einarsson and his colleagues also discovered other salvage, such as a diamond ring and over a dozen golden coins. The Kronan sank on June 1st of 1676 at noon, prior to the beginning of a sea battle known as the Battle of Southern Öland, which was a clash between a Danish-Dutch allied fleet and the Swedish one. The warship turned too sharply to port, and water began to flood into the vessel through the dozens of gunports, filling the Kronan with water. Soon, the forward powder magazine of the warship ignited, resulting in a massive explosion that sealed the fate of many of the sailors. The death toll from the wreck was massive, with approximately 800 ship hands perishing in the waters off the coast of the Baltic island; only around 40 men survived the Kronan’s sinking. One of the largest warships ever built during its heyday, the Kronan was found once again in 1980. It has since been subjected to careful study over the decades. In excess of 20,000 artifacts have been recovered from the wreck of the 110-gun three-decker so far, including the cranial remains of several crew members complete with intact traces of brain tissue. The suspected cheese is to be subjected to scientific analysis to confirm its identity, and is being kept in low temperature storage until the mystery can be put to rest in a more decisive manner. Hopes are high that, if it is indeed cheese, it will help to paint a broader picture of what it might have been like aboard a seventeenth century Swedish warship. ]]>