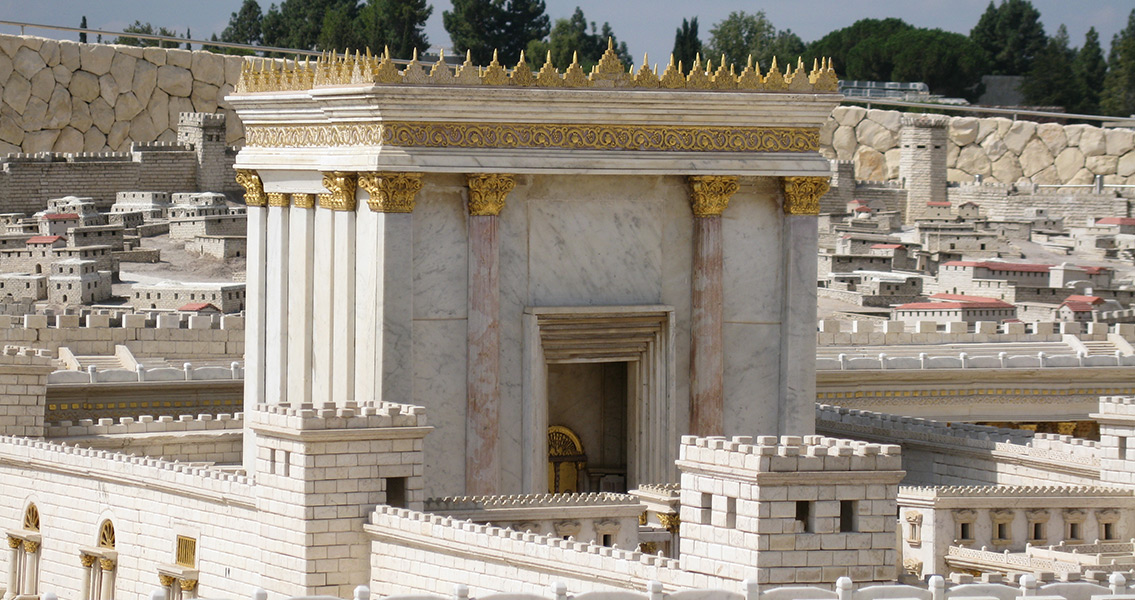 Haaretz, representatives from the Temple Mount Sifting Project believe that these ornate tiles had once been used as adornment on the Temple Mount, decorating porticos – or colonnades covered by roofs – between 37 BCE and 4 BCE. If true, it means the tiles were there during the reign of Herod, Jerusalem’s ruler and a vassal of the Romans. Project director and co-founder Zachi Dvira stated in a blog post that this marks the first time a portion of the Second Temple complex has been restored. The shards of shattered marble were discovered through a painstaking process of debris sifting. The detritus was left over by an excavation of the 600-square-yard underground prayer space known as Solomon’s Stables, undertaken by the Jerusalem Islamic Waqf: the civil organization that maintains Islamic centers of worship within Old Jerusalem. The Israeli authorities classify the 1999 excavation of the site as illegal, citing that the Waqf began its excavation and renovation efforts without first seeking a permit to do so. Around 600 pieces of colored floor tile have been found in the rubble. Around 100 of these pieces have so far been traced back to the Second Temple period with a high degree of certainty. Archaeologists say these tiles share characteristics of other relics dating to the time, specifically in other monuments built for and by Herod. Two of these – the Herodian palaces at Jericho and Masada – have been a rich source of artifacts in the past. Cut with precision in a wide array of geometric shapes, the multicolored stone that comprises these tiles is thought to have been polished to a bright shine. The majority of the stones used in constructing the tiles had been imported from Egypt, Tunisia, Asia Minor, and of course Rome. Additional clues as to the origin of the tiles is that they were sized to correspond with the pes, the Roman unit of measurement that is roughly equivalent to a foot (0.971 feet). The particular design of tile, referred to as “opus sectile”, originated during Herod’s time; researchers say that the elite of the Second Temple era preferred these tiles due to their increased cost and prestige. The newly restored tiles – seven in total – are to be displayed this month at the City of David Archaeological Conference. While these reconstructions are only potential designs –the flooring was not discovered in situ and therefore these designs cannot be proven conclusively to have been the ones the tiles were set in all those centuries ago – the best guess of some of the world’s foremost experts on the Second Temple of Jerusalem represents the closest we may ever be able to come to recapturing the alleged splendor of Herod’s Temple. The project, which is officiated by the Israel Parks and Nature Authority, is funded by the City of David Foundation. Images of the the reconstructed floor tiles can be found here ]]>