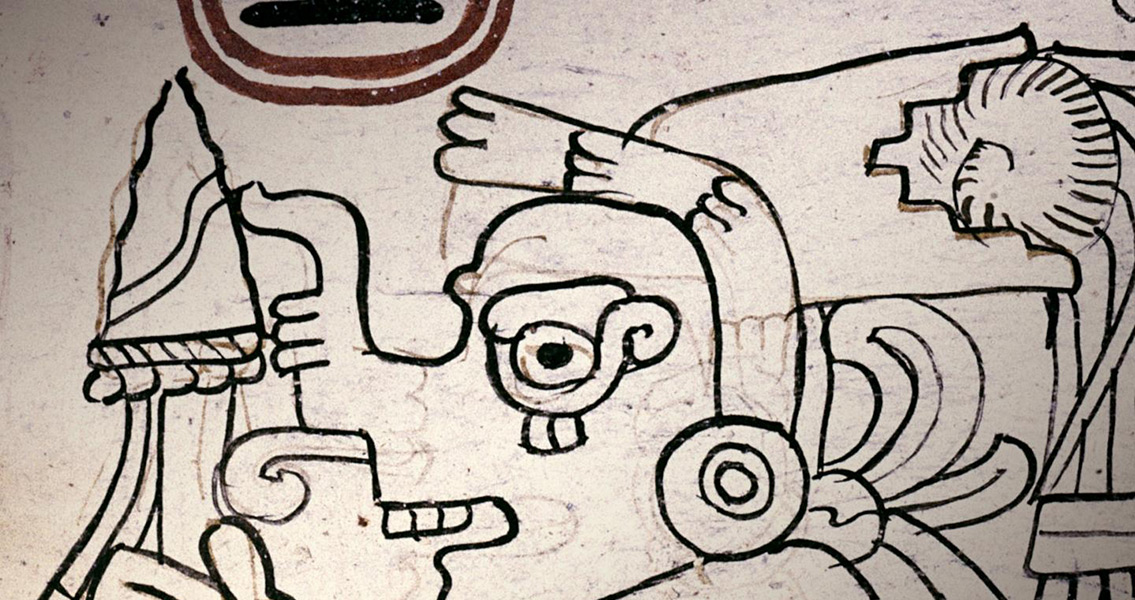 Maya Archaeology, are: “… a confirmation that the manuscript, counter to some claims, is quite real.” said Houston, in a Brown University press release. Coe’s team carried out a rigorous analysis of the codex to reach their conclusion, looking at everything from the manuscript’s style and iconography, to the paper it was produced on. Most crucially, they radio carbon dated it and found it came from the thirteenth century, predating three other well known Mayan codices: the Dresden, Madrid and Paris – named after the cities in which they are now housed. The authors note that because the Dresden, Madrid and Paris codices were discovered first, their features are regarded as canonical. The Grolier is undoubtedly different to those three codices, but the authors argue that in itself isn’t proof it is inauthentic. Most significantly, Coe et al point out that it actually would have been almost impossible for forgers to have created the forgery by 1964. The Grolier Codex depicts in detail gods and deities which archaeologists had yet to discover at that point; while the illustrations and paintings contain perfect Maya blue pigments, pigments that were not successfully synthesised in a laboratory until the 1980s. As the authors write in the study: “A reasoned weighing of evidence leaves only one possible conclusion: four intact Mayan codices survive from the Precolumbian period, and one of them is the Grolier.” For more information: Journal of Maya Archaeology Image courtesy of Justin Kerr ]]>