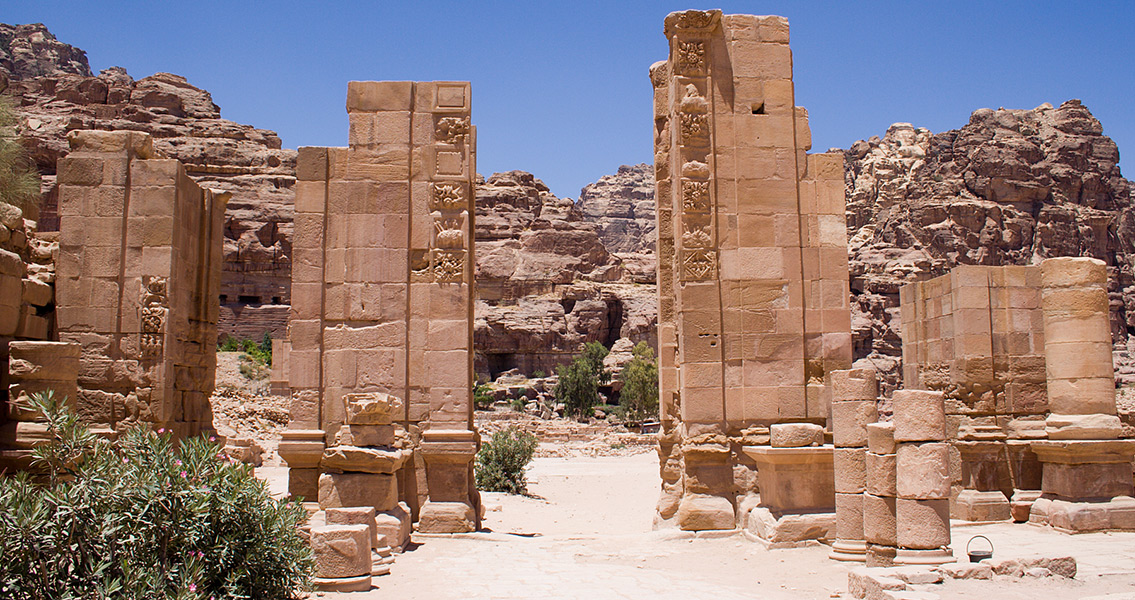 Haaretz that the massive pool was the end point for a sophisticated aqueduct that fed water into Petra from a spring in the hills outside of the city. The ostentatious nature of the pool – and the exquisite gardens fed by the flowing water – would have sent a clear message to outsiders regarding how successful the Nabataeans were at providing water to the city, she added. Excavations within the city have found a shaft that seems to have funneled water at least 10 meters down, linking the aqueduct to the pool below. Scientists have likewise uncovered subterranean channels that would have provided support for runoff during the region’s rainy season, showcasing how the Nabataeans left nothing to chance. This seemingly unending array of underground water tanks, cisterns, ceramic pipes and channels would have done more than simply supply drinking water to those living in the desert city. In addition to naturally filtering the water, this system would have also made it possible to cultivate growth such as olives, grapes, fruit trees and other crops, and was so efficient that there was enough left over for a massive open-air pool surrounded by lavish gardens. With only 10 to 15 centimeters a year in rainfall, the flourishing of Petra is nothing short of miraculous. It was necessary to develop these advanced irrigation techniques, scientists say, or the city would have never been able to exist. These water preservation and filtration systems conserved every drop of rain that fell in or around Petra, which combined with the Nabataeans’ efforts in piping in fresh water from nearby springs, allowed the desert city to bloom in a remarkable way as early as the first century BCE, when the monstrously-large pool is thought to have been built. Images of the recent excavations can be found here]]>