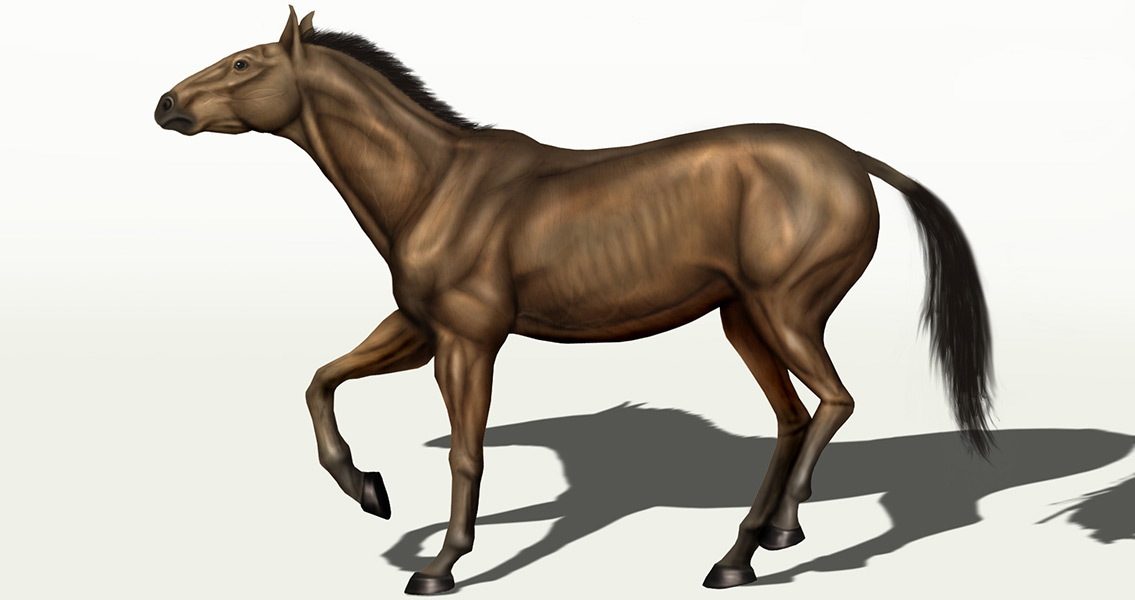 Equus conversidens: a small, short-legged extinct species of horse, also known as the Mexican horse, which roamed parts of North America at one time, coexisted with the people living in the Paisley Caves area of Oregon over 14,000 years ago. By using discriminant analysis, an approach which relies on the data available to calculate an unknown species’ identity, the authors of the study studied horse toe fossils unearthed during previous archaeological investigations in 2009 and 2010 at Paisley Caves. This research represents the first time this analytic and replicable approach has been utilized to identify a species of horse based solely on toe bones. It is also the first time this specific horse species has been found in Oregon. An archaeologist with the University of Oregon (UO) and one of the study’s co-authors, Dennis Jenkin’s work at Paisley Caves is well-documented. Evidence, which included human feces dating back 14,000 years, identified the site as one of the earliest to be occupied by humans in North America. When the team uncovered horse remains there, paleontologists studying Pleistocene mammals also became interested in the find. “We knew that horses were around at the same time as the first Americans, but we wanted species-level information about those horses,” paleontologist Edward Davis said in an article on the UO website. Davis and Jenkins then turned to Eric Scott, curator at the John D. Cooper Archaeological and Paleontological Center in California and an expert on ice-age horses. Scott maintains large sets of data on the remains of extinct species from archeological sites across the western United States. “Sites like Paisley are important in understanding the paleoecology of North America,” Davis said in the article, “It’s pretty rare to find this kind of reliable fossil evidence of humans coexisting with large Pleistocene mammals.” “It’s often imagined that humans are to blame for the extinctions of ice age megafauna,” Jenkins is also quoted as saying in the UO article, “but at Paisley and elsewhere in North America, we see humans and horses coexisting for at least a thousand years, which suggests a different story.” These fossils, along with other items discovered at Paisley Caves, will be available for public viewing at the university’s Museum of Natural and Cultural History. The exhibit, Oregon—Where Past is Present, opens in November and features touch-screen technology, enhanced artifact displays and a brand new section called Paisley Caves and the First Americans. The study, a collaboration between researchers from the UO, Harvard University and California State University, has been published in the Journal of Vertebrate Paleontology. ]]>