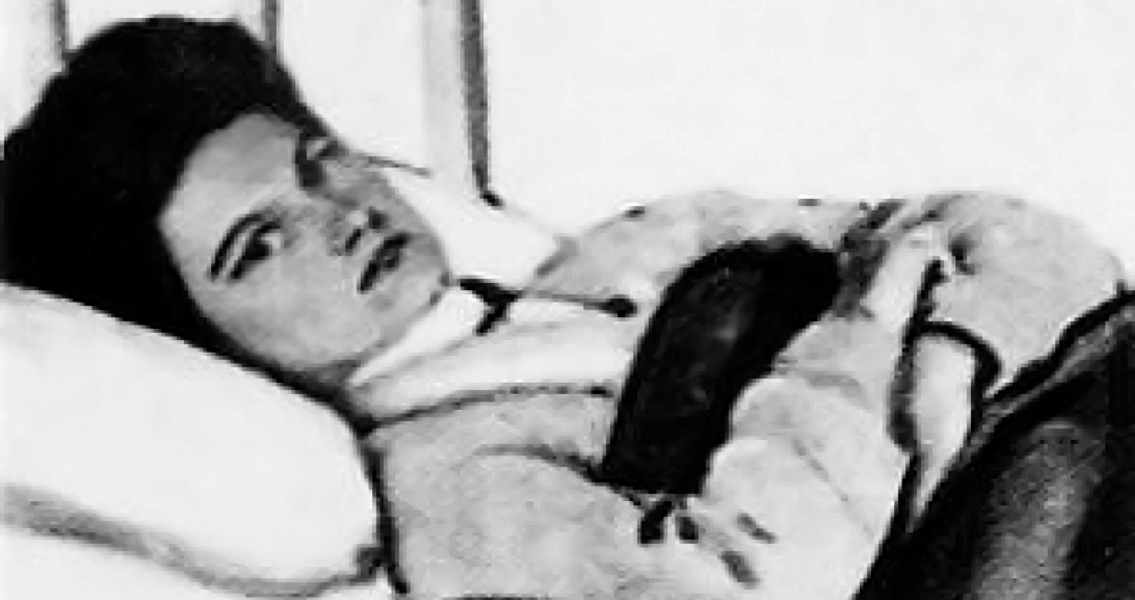 'Typhoid Mary' Passes Away After 23 Years in Quarantine

Salmonella typhi. Between 1900 and 1907 over twenty people fell sick with typhoid fever in houses where Mary worked in New York City and Long Island. Often, the disease would appear shortly after Mary had started working at a house, but she would leave before its source could be traced. Typhoid was one of the most devastating diseases of the twentieth century. Infection spread though households quickly, often meaning multiple members of a family could be infected before anyone realised what they were dealing with. The symptoms in the first week of infection are barely distinguishable from a common case of flu; by the third week it triggers inflammation of the brain and intestinal hemorrhaging. In the early nineteenth century typhoid fever was associated with the poor sanitation in deprived slums. The disease’s appearance in the home of wealthy New Yorkers left epidemiologists flummoxed. In 1907, New York City Department of Health sanitary engineer George Soper; a specialist in typhoid fever epidemics, was called to investigate an outbreak at a house in Manhattan. Soper met with Mallon, who’d also worked at a household hit with the disease he’d investigated the previous year. He soon realised that all 22 cases of the disease that had recently hit New York and Long Island could be traced back to the woman the press would soon dub Typhoid Mary. Mary fled, but the authorities caught her and had her committed to an isolation centre on North Brother Island. She was finally released in 1910, on the condition she’d never again work in a job that involved handling food. Within four years, two more epidemics broke out, one at a sanatorium in New Jersey, the other at a hospital in Manhattan. Soper was immediately suspicious, and eventually found that Mary had worked at both under an alias. In 1914 she was captured by the authorities, and sent to North Brother Island once more. Through it all and up until her death, Mary refused to accept she was responsible for the typhoid fever that had followed her for at least fourteen years, questioning how she could spread a disease she didn’t seem to be suffering from herself. Some are cynical about this: asking why, if she was so convinced she wasn’t spreading the disease, she fled after each outbreak. However aware Mary really was of her condition, hers is a challenging case. She was vilified by the press and afforded no anonymity, spending a quarter of her life confined to a quarantine facility. Even now, it provides a difficult case study in the balance authorities need to seek in protecting the public interest while also maintaining an individual’s civil rights. ]]>