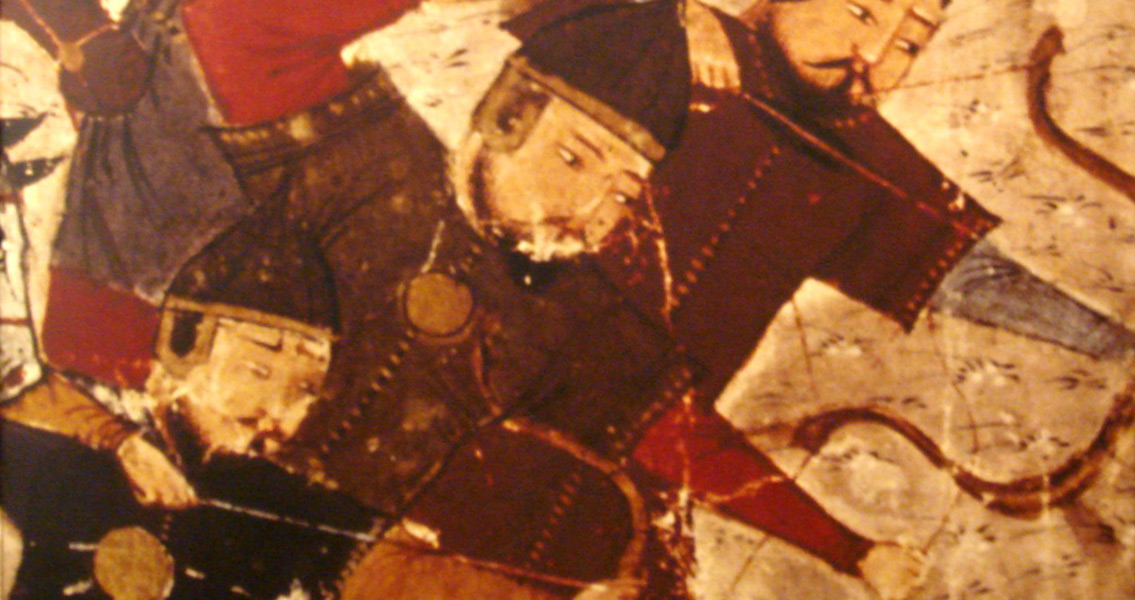 the Siberian Times: “At the moment we have a birch bark quiver, two bone plates with elaborate ornaments, iron arrowheads, wooden arrow shafts, birch bark linings for a saddle, the remains of ribbons, likely silk, and what is left of a leather strap. Initially we thought that the bone plates were details of the bow, but they turned out to be the decorations of the quiver.” The warrior is believed to be Mongolian, although no other quivers like the one at the burial site have ever been found. The shape of the arrow heads suggest the man was a warrior, although they could also have been used for hunting. Archeologists are hopeful they’ll receive permission to examine the sarcophagus next year. In the meantime, steps have been taken to preserve the site, and work will continue to find the deceased archer’s bow. Vasily Oinoshev, the director of the Agency for Cultural and Historical Heritage of the Altai Republic, says in the Siberian Times: “The quiver is a very interesting one. It has separate ‘pockets’ for different types of arrows. This quiver is a great find, it is very well preserved. It will be important to examine it more thoroughly to understand its construction,” adding, “Sadly we cannot go and excavate the grave immediately. We need to have a special permission for work. Excavations are allowed in the period from 1 April to 1 November. So as soon as we get all the permits we will go to work on this grave. “ “We are doing all we can to ensure the safety of the grave in winter and to ensure the security of other archaeological objects. I have many questions to how these items were found. The story was that the locals found the grave in a hole in a cliff and took some items from there. But I am not completely sure they have not unearthed it. We need to check all this thoroughly.” Mongolians conquered the region of Altai in the twelfth century, and the area stayed under Mongolian control into the fourteenth and fifteenth centuries, yet finds from this time are rare in Altai. ]]>