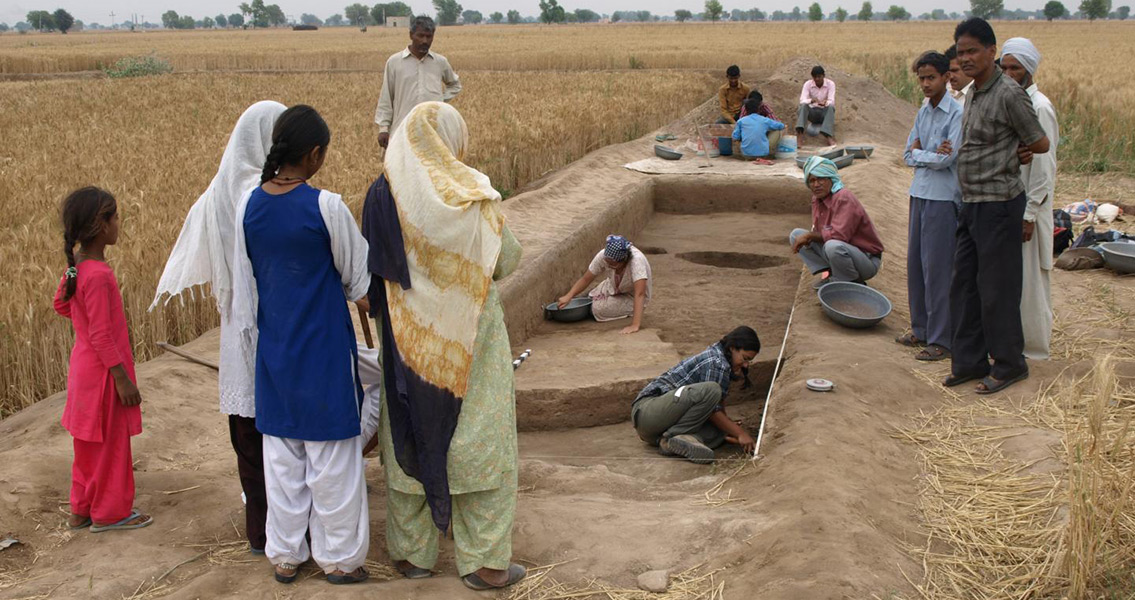 Over 4,000 Years Ago, the Indus Grew Rice and Used Crop Rotation

Antiquity and the Journal of Archaeological Sciences, have found evidence of domesticated rice in South Asia from up to 430 years earlier. “We found evidence for an entirely separate domestication process in ancient South Asia, likely based around the wild species Oryza nivara. This led to the local development of a mix of ‘wetland’ and ‘dryland’ agriculture of local Oryza sativa indica rice agriculture before the truly ‘wetland’ Chinese rice, Oryza sativa japonica, arrived around 2000 BC,” said study co-author Dr Jennifer Bates in a University of Cambridge press release. “While wetland rice is more productive, and took over to a large extent when introduced from China, our findings appear to show there was already a long-held and sustainable culture of rice production in India as a widespread summer addition to the winter cropping during the Indus civilisation.” The team’s results suggest that the Indus had established seasonal crop rotation before other civilisations, such as the Ancient Egyptians and Chinese. Dr Cameron Petrie, one of the authors of the study, suggests this could be because the location and climate of the region inhabited by the Indus. “Most contemporary civilisations initially utilised either winter crops, such as the Mesopotamian reliance on wheat and barley, or the summer crops of rice and millet in China – producing surplus with the aim of stockpiling,” explained Petrie. “However, the area inhabited by the Indus is at a meteorological crossroads, and we found evidence of year-long farming that predates its appearance in the other ancient river valley civilisations.” The team focused their study on Indus villages within a few kilometres of Rakhigari: a former Indus city that could have had a population of up to 40,000 people. They found evidence of a host of winter staples, such as wheat; barley; peas and vetches, and summer staples such as domesticated rice, millet and the tropical beans urad and horsegram. Radio carbon dating revealed dates for the earliest instances of Indus multi-cropping: 2890-2630 BCE for millets and winter pulses, 2580-2460 BCE for horsegram, and 2430-2140 BCE for rice. Exactly what crops were consumed in Rakhigari and the surrounding region, and which were traded with cities further afield, is yet to be determined, but the team’s research has raised some fascinating questions. “It is certainly possible that a sustainable food economy across the Indus zone was achieved through growing a diverse range of crops, with choice being influenced by local conditions.” said Dr Bates. “It is also possible that there was trade and exchange in staple crops between populations living in different regions, though this is an idea that remains to be tested.” Such a diverse system was probably well suited to mitigating risk from shifts in climate,” added Dr Petrie. “It may be that some of today’s farming monocultures could learn from the local crop diversity of the Indus people 4,000 years ago.” ]]>