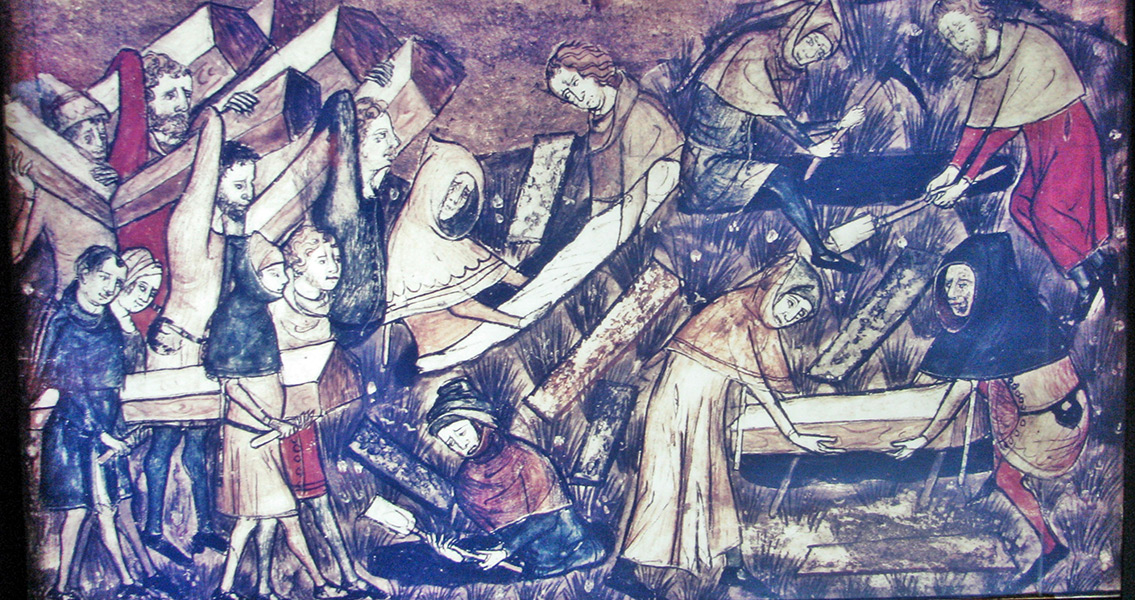 The Telegraph. A total of 48 sets of skeletal remains – 21 of them belonging to children – were found at the site, which at one time was a monastery hospital. Researchers say that it seems quite clear that the local community was overwhelmed when the Black Death came to the region, forcing them to cope in the only way they could – by burying their dead in one mass grave. One of the worst plagues to ever blaze across humanity, the Black Death claimed the lives of anywhere from 75 to 200 million people in Europe from 1346 through 1353; according to historical records, Lincolnshire was struck by the disease in the early months of 1349. The Black Death as a whole completely changed the social landscape of Europe in a myriad of ways in addition to the massive loss of life. Sheffield University researchers partnered with scientists from Canada’s McMaster University, sending tooth samples from the deceased in order to extract ancient DNA from the pulp of these teeth. Analysis confirmed the presence of Yersinia pestis, the bacterium behind the Black Death, according to Sheffield University’s Dr. Hugh Wilmott. Dr. Wilmott, from the university’s Department of Archaeology, remarked that while the death toll in England from the disease was astronomical – up to 50 percent of the population – it’s extremely rare to find multiple graves within the country. For the most part, local communities seemed to simply treat fatalities from the Black Death in an ordinary way – in fact, the only other two sites dating to the fourteenth century where the Y. pestis bacterium has been found were London cemeteries with accompanying historical documentation detailing how the burgeoning numbers of urban dead necessitated the opening of new burial grounds. The discovery of this completely unexpected and previously unknown fourteenth century burial ground in the rural reaches of Lincolnshire stands as a unique event in the history of the Black Death in England, the scientist stated. If anything, it clearly illustrates how the community at the time was completely unprepared to withstand such a terrible threat. More analysis is slated to be undertaken, with research into the skeletal remains as a whole. This will enable researchers to identify the gender and age of each set of remains, as well as create a detailed study of any other illnesses and ailments they might have suffered from, using the telltale signs left behind in their skeletal structure according to the University of Sheffield’s Dr. Diana Mahoney Swales. ]]>