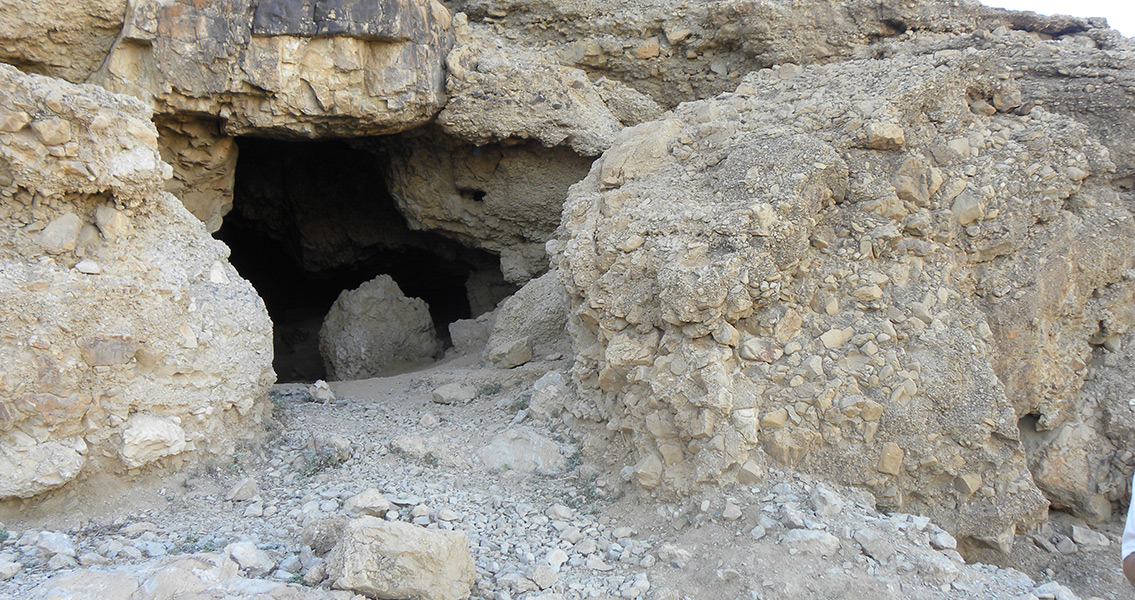 Haaretz. In 1947, a shepherd tossed a stone into a cave in Israel’s West Bank and heard the sound of earthenware cracking, leading to the the twentieth century’s biggest archaeological discovery: the Dead Sea Scrolls. Named for the seven human skulls along with other skeletal remains found there, The Cave of the Skulls was discovered in 1960 by Professor Yohanan Aharoni. Part of a series of naturally formed spaces on top of a steep cliff known as the Large Cave Complex, the Cave of Skulls is located in one of the starkest regions of the Judean Desert. The complex is also home to the Cave of the Arrows, where the extremely arid conditions helped preserve a dozen reed arrow shafts (30 inches long) for around 1,800 years. The latest discovery, two papyrus fragments each measuring approximately two centimeters squared, along with several pieces with no discernible writing, was made during a joint salvage excavation conducted by the Hebrew University of Jerusalem and the Israel Antiquities Authority. Along with the papyri artifacts, dozens of stone vessels, pottery fragments and flint items were discovered within the cave. Several different metal objects were also found, including needles, cosmetic tools, and hobnails with hollow heads which were used to make sandals. Another interesting find was a bundle, a textile wrapping around a collection of beads, which was found inside a natural crevice in the west wing of the cave. This bundle has not yet been opened, but its contents have been identified through X-rays. It joins two other bundles previously discovered by Aharoni, making up the largest bead collection ever found from the time period known as the Chalcolithic, an ancient period that predates the Copper Age. What these caves were used for in early Chalcolithic times is unknown. Suggestions vary from seasonal habitats for traders or herders, to hiding places during times of social tensions within the settlements located on that side of the Judean Desert. “These caves are very difficult to access, and they were used in their natural forms without changes or modifications that would make them more convenient for prolonged occupation,” Davidovich said in the Haaretz article. “This does not make sense when you think of ephemeral stays by shepherds or the like, but is much more plausible when you consider that they served as temporary refuge places.” ]]>