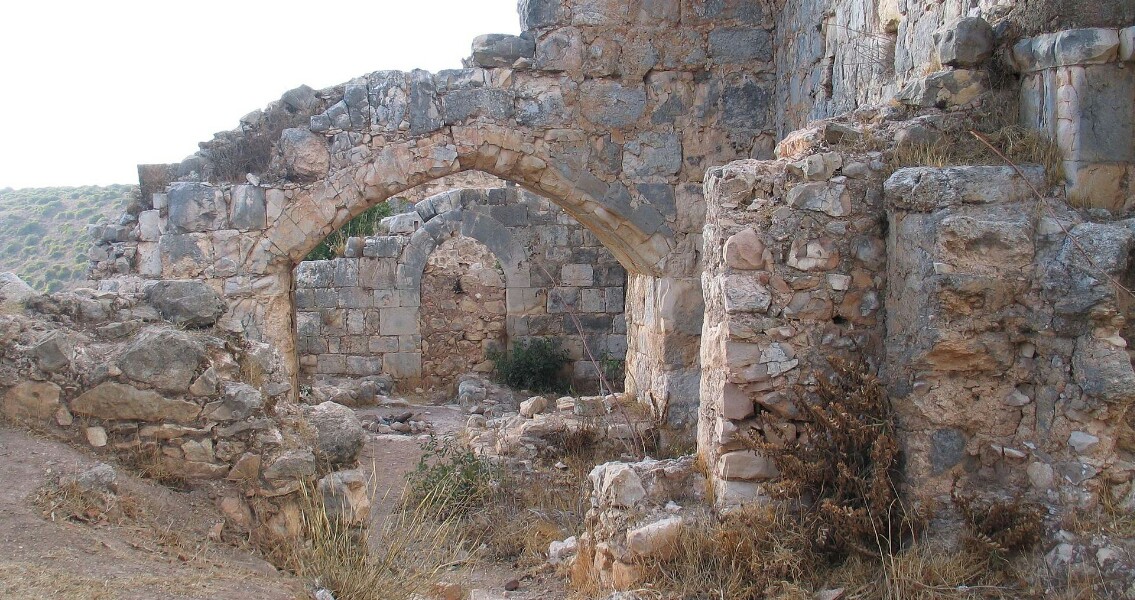 Excavation of Crusader-Era Castile in Galilee Reveals Much

Haaretz, archaeological studies conducted by a team from the University of Haifa have revealed how life would have been like in the Crusader castle, which famously fell to the Mamluks after a 15-day siege in 1271. New finds, collected during the 2016 excavation season, include fragments of armor such as chain mail and scale mail, old arrowheads and iron slag from one of the fortress’ forges. A large cache of glassware and several coins from the thirteenth century were also recovered, according to university professor Adrian J. Boas. Despite the monastic nature of those living there – the military monks of the Teutonic Order – there would have been plenty in the way of creature comforts, archaeologists found. Leisure time activities such as playing Nine Man’s Morris, a common board game during the era, would have been available, judging from the board and game pieces found at the site. A workshop for creating objects from bone like buttons and crossbow nuts was also found, and the diet of the Teutonic knights that lived at Montfort Castle included cattle, sheep, deer, turtles, and hogs imported from Europe, according to the remains discovered at the site. Additional finds at the site include round tunic buttons and belt buttons, providing indications as to how Crusaders dressed and what their grooming habits would have been during the thirteenth century. The castle’s stables were also discovered during the latest excavations, revealing a roof that had been held aloft by beams and a flagged floor. Strewn within the debris were bells, saddling buckles, horseshoes and nails, and axes and shovels as well. The layout of the stables was found to be similar to other Crusader-built ones elsewhere in the Middle East, especially those found at Atlit’s Templar castle – despite the bitter enmity that grew between the Teutonic knights, the Templars, and other Crusader orders such as the Hospitalers. In fact, the location of Montfort Castle may have been partly chosen for its relative isolation. Nestled between several hills, it would have not drawn attention to itself in the way a traditional fortress overlooking farmland, roads or settlements would have. The Teutonic Order likely used it as an administrative center and archives, far from the reach of the Hospitalers and Templars who were vying for control and dominion over Christian holdings in the Middle East. These archives are thought to have survived the siege, even after Mamluk forces captured the fortress. The garrison was spared by Mamluk leader Sultan Baibars, escorting the knights safely back to Crusader-held Acre, along with their records. The sultan destroyed the castle after it was vacated, in accordance with the “scorched earth” policy he had been employing against European invaders as the Mamluks drove them from the Middle East. ]]>