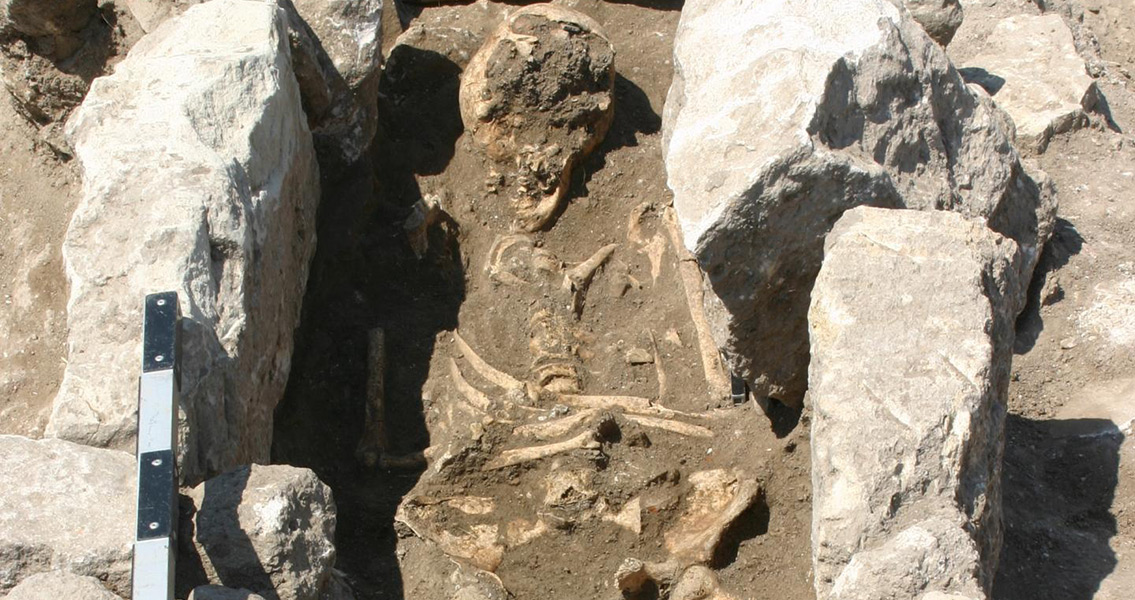 Staphylococcus, a family that includes the highly pathogenic species S. aureus. Determined to find out more, the researchers sent the nodules to Hendrick Poinar at McMaster University, an expert in ancient DNA. “Amazingly, these samples yielded enough DNA to fully reconstruct the genomes of two species of bacteria, Staphylococcus saprophyticus and Gardnerella vaginalis, which infected the woman and likely led to her death,” said Poinar, in the press release. According to Pepperell, the newly reconstructed genome contributes to “a pretty short list of ancient bacteria — cholera, tuberculosis, leprosy, plague – for which we have DNA.” Joining forces, Poinar and Pepperell led a team to produce a “portrait” of the ancient infection. Their results, published in the journal eLife, provide a history of the infection Staphylococcus saprophyticus. What is most remarkable is the sheer amount of information extracted from the nodules. “Calcification made little tiny suitcases of DNA and transported it across an 800-year timespan”, explained Pepperell. “In this case, the amount and integrity of the ancient DNA was extraordinary. One typically gets less than 1 percent of the target organism.” According to the study, between 31 and 58 percent of the preserved DNA came from the woman’s infection. “The quality of the (genetic) data is unparalleled.” said Pepperell. It seems that the woman, who lived in the final years of the Byzantine Empire, died of chorioamnionitis, a bacterial infection of the placenta, amniotic fluid and membranes surrounding the fetus. The fact the researchers also identified ancient Y-chromosome DNA suggested she died during pregnancy, possibly as a complication associated with the male fetus she was carrying. By reconstructing the diseases’ genome, the team have gleaned remarkable new insights into rural life in the thirteenth century. The strain of Staphylococcus saprophyticus which infected the woman is different to the kinds found today, and is not typically associated with human disease in the modern world. Its discovery in the eight hundred year old remains suggests that Byzantine peasants lived with their livestock. “The strain from Troy belongs to a lineage that is not commonly associated with human disease in the modern world,” Explained Pepperell. “We speculate that human infections in the ancient world were acquired from a pool of bacteria that moved readily between humans, livestock and the environment.” Examination of other remains found in the graveyard helped fill out the image of the tough life endured in the countryside as the Byzantine Empire was coming to its end. “People were struggling with physical strains and infectious diseases and only a few lived beyond the age of 50,” explained Kiesewetter an archaeologist affiliated with Project Troia at Tüebingen University. “Many newborns did not survive infancy and almost all skeletons of children show signs of malnutrition and infection.” Image courtesy of Gebhard Bieg ]]>