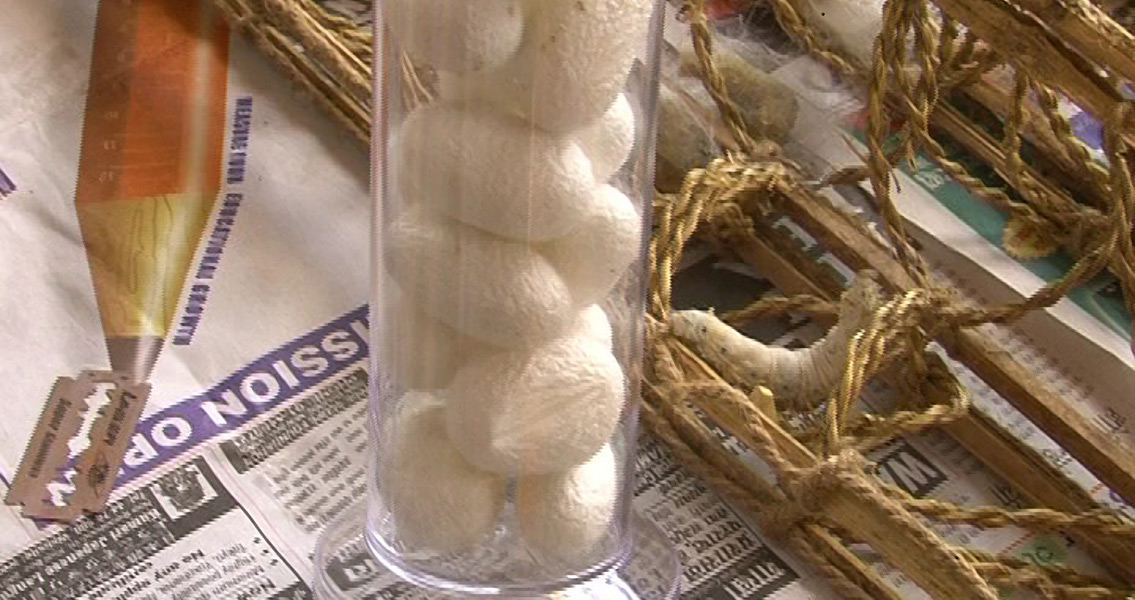 Live Science. Jiahu had previously been the location of other remarkable archaeological finds; the site has yielded evidence of the earliest known examples of playable musical instruments in the form of bone flutes. Additionally, evidence of what may be the earliest instances of Chinese as a written language was also found on the site. Legend has it that the wife of the Yellow Emperor was surprised when a silkworm cocoon fell into her teacup one day, yielding nearly a kilometer of thread after it was unraveled. While this is of course legend, as far as silk weaving and breeding silkworms for that goal goes, ancient tales seemed to radiate out from Jiahu and the surrounding area, according to archaeologist Decai Gong, the study’s co-author and a scientist from the University of Science and Technology of China at Heifei. Additionally, older research on Jiahu found that mulberry trees thrive in the warm and humid climate of the region; with mulberry leaves being the singular food of silkworms. Researchers collected soil samples from a trio of tombs located at Jiahu. After chemical analysis, two of these three tombs were found to have had silk proteins in their samples. One of these two tombs has been dated to 8,500 years old, making the discovery the earliest evidence of the use of silk in ancient China according to Gong – extending back much further than the previous 5,000-year date. There are difficulties in understanding how silk would have been used at Jiahu, researchers say. However, the scientists made the suggestion that those interred in the tomb might have been wrapped in silk garments. The discovery of weaving tools and bone needles at the site seems to support that idea, as it suggests that the residents of Jiahu possessed the basic sewing and weaving skills needed. In fact, Gong said that it would not have been impossible for those living in Jiahu at the time to have created fabric from silk. The researchers say that they will continue to look for evidence of silk at the Jiahu tombs in the future. Gong added that other nearby sites will also be examined for trace evidence as well. The research study, published recently in the journal PLOS ONE, is available online here]]>