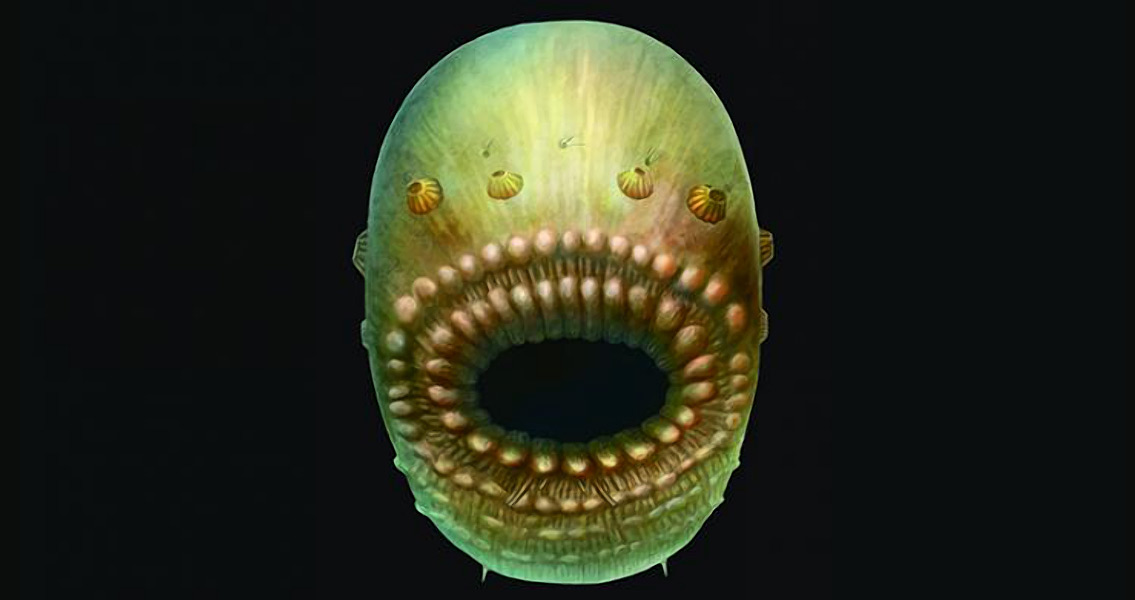 Saccorhytus, the miniscule sea creature that resembles nothing so much as a tiny, microscopic sack with a large mouth – a characteristic that some of its descendants today certainly share. The diminutive creature, according to a press release from the University of Cambridge, is the most primitive example to date of a broad biological category of creatures known as deuterostomes. There are several sub-groups under the deuterostome category, including vertebrates. In a recently published research study, scientists from Cambridge, Xi’an China’s Northwest University and other international locations say that Saccorhytus has the honor of being a common ancestor of a massive range of species. Additionally, the deuterostome represents the earliest stage ever discovered regarding the evolution of humans over the course of hundreds of millions of years. There is, of course, nothing even vaguely human when it comes to Saccorhytus. Measuring around a millimeter in size, its habitat was likely the seabed, being small enough to live between individual grains of sand. The microfossil that contained the creature proved to be well-preserved enough for the scientists to make several determinations – including the lack of any orifice for removing waste, such as an anus. In other words, our far-advanced evolutionary predecessor would have expelled waste the same way it came in – unappealing to say the least. One of the main authors of the study, Professor Simon Conway Morris from Cambridge’s St. John’s College, remarked that Saccorhytus looked like nothing so much as tiny black grains to the naked eye. However, under microscope magnification the level of detail preserved by the fossil was nothing less than “jaw-dropping,” the researcher added. Northwest University’s Degan Shu also commented, stating that the research team has a wide array of discoveries to its credit, including a variety of other early deuterostomes like Saccorhytus and also the earliest known instance of what could be classified as a fish. The discovery of the new sea creature, however, provides scientists a glimpse into the very first known evolutionary step of not just humans but also a wide range of related animals, the researcher said. Discovered in China’s central Shanxi Province, the Saccorhytus microfossils have been dated to 540 million years old, a good 20 to 30 million years earlier than the majority of other early deuterostome finds. Researchers were able to construct a picture of how the creature might have looked by isolating the fossils from the surrounding rock and then subjecting them to CT scans and electron microscopy. The amount of limestone the team needed to process in order to access these fossils was massive – approximately three tons, according to co-author Dr. Jian Han, Degan Shu’s colleague at Northwest university. The new research study, which was recently published in the journal Nature, can be found online here Image courtesy of S Conway Morris / Jian Han]]>