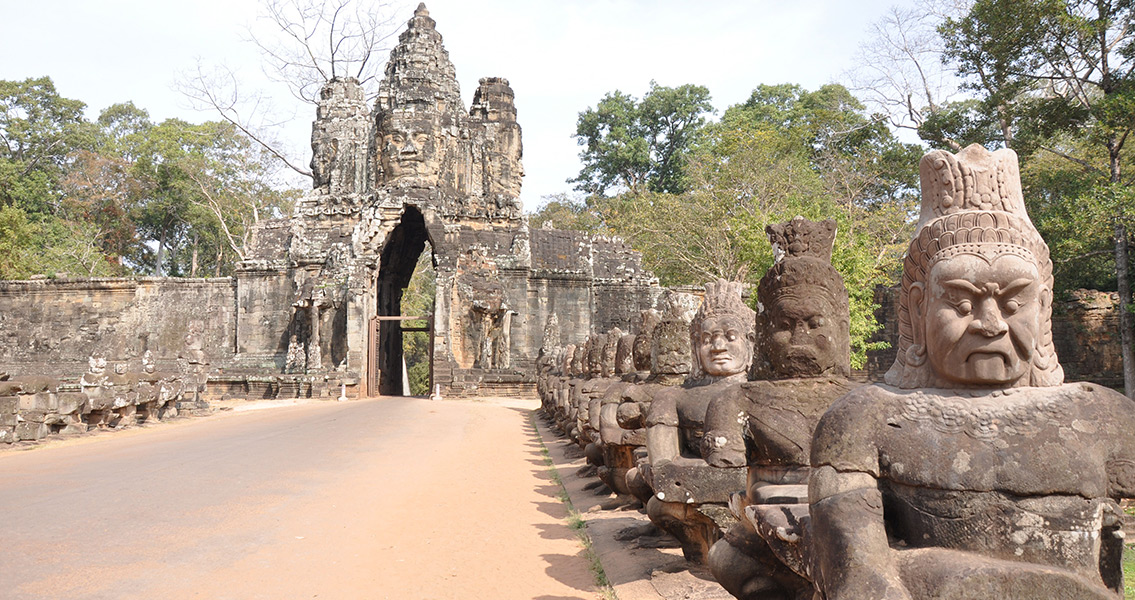 The Cambodia Daily, University of Illinois at Chicago archaeologist Mitch Hendrickson described the find: first the footprint of the furnace was discovered, along with some of the collapsed sidewalls. The base was also found, the Canadian researcher added. There isn’t a question as to whether the people of the Angkor Empire were aware of the process of smelting. In fact, there have been plenty of finds from the time period that point to Angkorian metalsmiths having the knowledge of processing ore in order to extract base metals. What is noteworthy, however, is that this discovery marks the first find of a furnace. The site that yielded the smelter was first surveyed in 2009 by Hendrickson and his colleague Phon Kaseka, the Royal Academy of Cambodia’s director of archaeology. The initial survey was noteworthy because of what appeared to be furnace pipes jutting from the ground; a return in 2013 saw researchers extracting charcoal for radiocarbon dating, revealing that it would have been produced sometime during the Angkor Empire era – between the eleventh and twelfth centuries CE. The new discovery also has implications for what is known about iron production during the Angkor Empire. The metal would have been a key component in all of Angkorian life, from making farming implements to forging weapons for war. Even the construction of Angkor-era temples would have made use of iron bars for reinforcement, according to Kaseka. Kendrickson also commented on the construction of the site, remarking that, based on the evidence, the team believes these furnaces were constructed from clay. The process would have been to smelt the iron within the clay furnace and then break down the walls in order to extract the “bloom”, a porous mass of iron and slag that would then be processed further. The site was likely used for quite some time for smelting, based on several indications. This makes it likely that the nearly intact furnace found by the excavation was the final one used at the facility before winding down smelting operations for some unknown reason. In fact, there were at least six or seven different smelting phases on site, based on one of the excavation trenches that cut through the entire mound, Hendrickson remarked. This, he believes, indicates that there are several more furnaces below where the team is excavating currently. Surprisingly, the size of the furnace was much smaller than anticipated. Kaseka states that even a modest clay furnace of just 1 meter by 2 meters would be sufficient, as long as it was set at a proper angle to allow molten iron ore to flow from it. Images of the excavation can be found here: here]]>