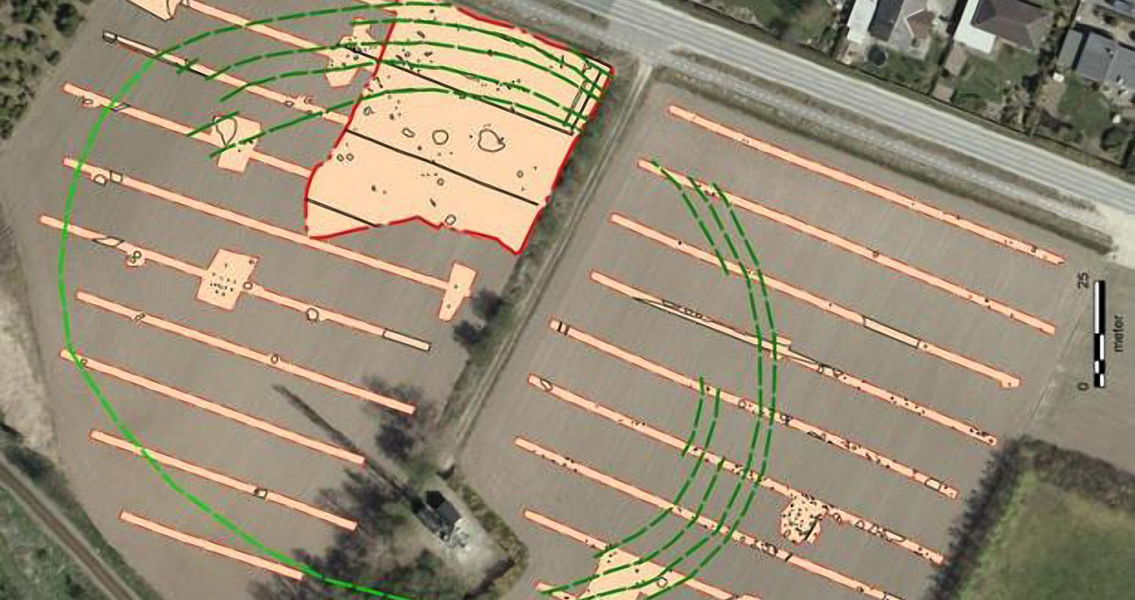 Science Nordic. “The openings don’t seem to sit next to each of the post rows, and we’re slightly amazed by that. But maybe it functioned as a sort of labyrinth–at least that’s how we imagine it. That way you weren’t able to look inside the common space, which may have been an advantage.” Generally, a palisade type of construction is built for defense, however, the rows of poles at Stevns would have stood approximately two meters tall and were placed in a way that would have allowed a person to squeeze through, suggesting a gathering area. Numerous palisade enclosures have been discovered in Denmark and Sweden in recent years, with some of the most intriguing sites found on Bornholm, a Danish island in the Baltic Sea. In 1988 a large timber palisade (one of two on the island) enclosing a sun temple was excavated by archeologists at Vasagårds Field on the south side of the island. The Stevns site may have also had a ritualistic purpose. One difference between the Stevns site and the Bornholm palisades is that the poles at Bornholm are located much more tightly together. It’s also probable the Bornholm fences were built prior to the ones at Stevns. Dating analysis of the Stevns site is not yet complete, however, several of the pottery fragments found there indicate it may date to the latter half of the Middle Neolithic Funnel Beaker Culture between 2900 BCE and 2800 BCE. The Funnel Beaker culture draws its name from its characteristic beakers, ceramics and amphorae which were formed with funnel-shaped tops and found in dolmen burials. A dolmen is a type of megalithic tomb with a single chamber, which typically consisted of a flat horizontal capstone supported by at least two vertical megaliths. “We’ve unfortunately not found any circular shaped constructions like they have on Bornholm, but the similarities between the enclosures makes me think about rituals in our finds too,” Sloth says in the article. Image courtesy of Danish Geodata Agency / Pernille Rohde Sloth ]]>