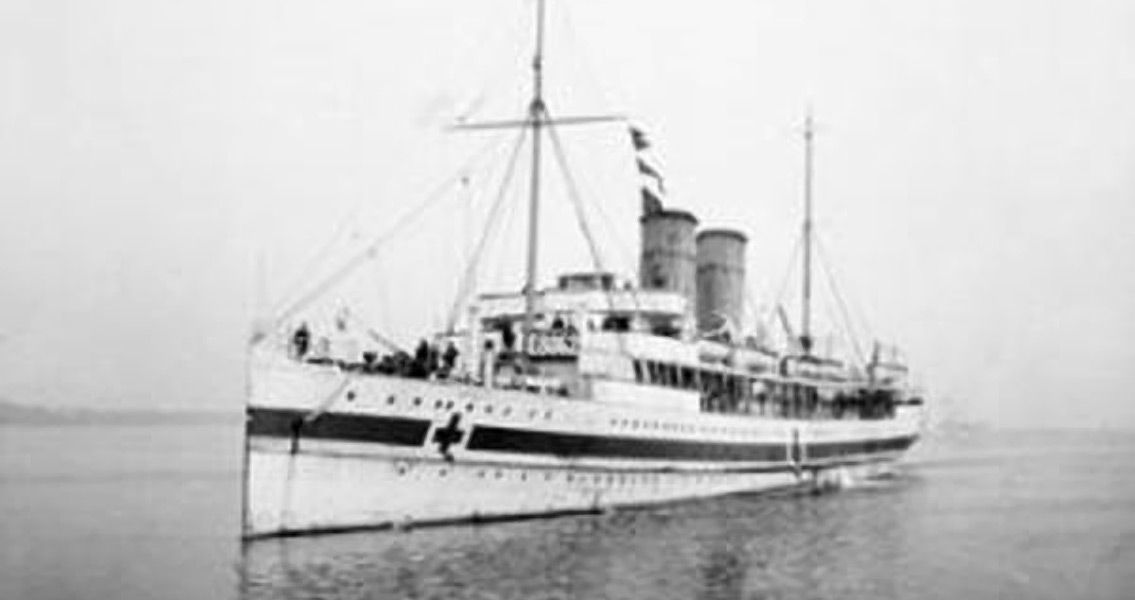 HMHS Anglia, a hospital ship sunk during the First World War, was recently given war grave status, recognizing the remains of the more than 160 soldiers and sailors who lost their lives aboard her. The ship sunk in November of 1915 off the coast of Chepway after hitting a German mine. Other sunken warships, including the MHS Hogue, HMS Cressy, and HMS Aboukir, all of which sunk in September of 1914 in a German U-boat attack, have been declared war graves as well with the stroke of the same pen. The new “war grave” designation provides legal protection to the wreck of the HMHS Anglia and the other Royal Navy ships, barring them from casual visits from divers or scavengers. Maritime historians spearheaded the campaign to get the ships listed and protected. According to an article on Kent Online, campaigner Christopher Conn said he was glad to see the Anglia given the protection she deserved. Conn hails from Folkestone, just a few miles from the final resting place for HMHS Anglia in Folkestone Harbour on the English Channel. The campaigner said he had been fearful that “spot divers” were visiting the ship to take souvenirs back up to the surface, and was keen to see legal protections put in place for the sunken hospital ship. There were nearly 400 injured aboard HMHS Anglia when it struck the mine that sealed its fate on November 17th. A team of medical staff were also onboard, tending to the wounds of the injured soldiers. While nearby ships did their best to rescue victims of the attack, it’s thought that around 167 people went down with the ship that day. Meanwhile, the sinking of the Aboukir, Cressy, and Hogue has long been recognized as one of the British Royal Navy’s darkest hours, even if their wrecks were not protected by law until recently. The incident that led to their destruction – and the deaths of 1,459 sailors serving aboard them – earned them the moniker of the “Livebait Squadron”, an epithet that expressed how severely demoralized the British people had become as a result of the massive loss of life. The three cruisers, left behind after their destroyer escort had turned around due to bad weather, fell prey to German submarine U9 on September 22nd, 1914. The older cruisers, sporting highly visible smokestacks from their steam engines, stood out starkly once the weather cleared, making them an easy target for the U-boat. The three ships were subjected to a salvo of eight torpedoes that crippled them, sending them to the deep. In total, there are 13 wartime vessels that have been added to the lists of protected military vessels this month, including HMHS Anglia, HMS Aboukir, HMS Cressy and HMS Hogue. This brings the grand total of ships and submarines protected as war graves to 79. The majority of these are ships dating from the First World War, though there are five German submarines and Second World War-era Allied cargo vessels on the list as well. ]]>