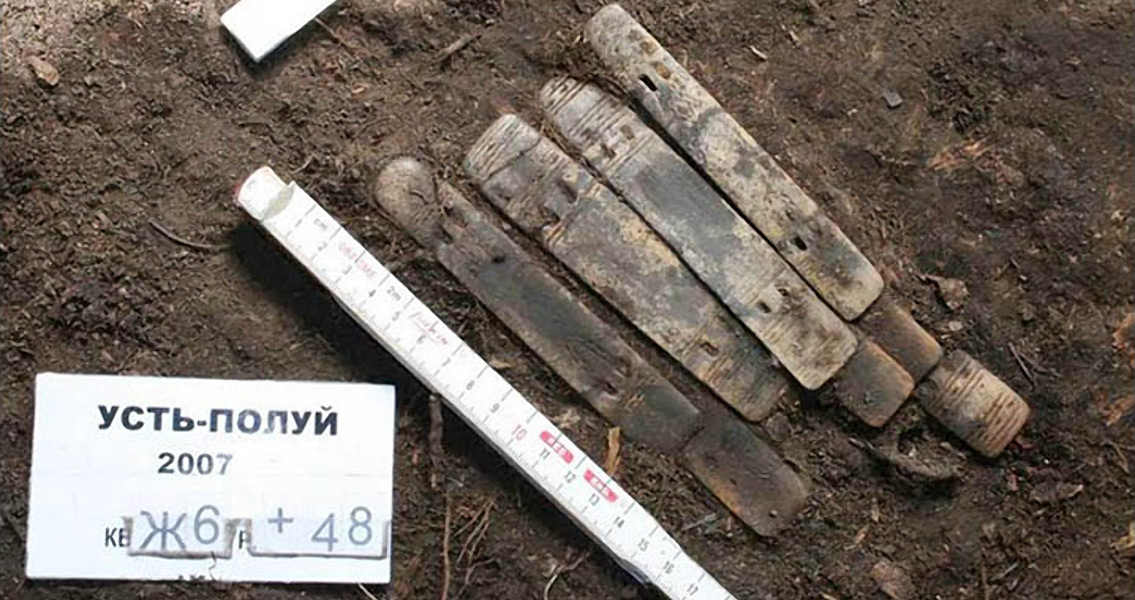 Warrior Armor Made of Reindeer Antlers Found at Sacred Site

Siberian Times, adding, “The ornamentation on the plates can be individual, that is after the thorough analysis we could say how many warriors left armour here, judging by the style of decorations.’” The largest plates are between 23 and 25 centimeters long and in ancient times would have been attached to a leather surface, offering a dependable type of protection. Other plates, which are are between 12 and 14 centimeters in length, are thinner and richly ornamented. Conical shaped armor has also been seen on the plated helmets which were worn by ancient warriors in the taiga zone (also known as boreal forest) of Western Siberia. The discovery of iron helmets is extremely rare, however, bronze images from the middle of the first century CE that show people wearing headdresses that clearly resemble helmets have been found. The armor resembles the armor worn by warriors of the Kualai people, fishermen and hunters indigenous to the taiga. Previous finds at the site include a 2,000-year-old ring, believed to be evidence of a bear cult. These ancient people didn’t leave any written records. Made using high quality bronze, the ring, so tiny in diameter researchers believe it was put on a bear claw, features the image of the head and paws of a bear. Experts theorize that the ring was on the claw of a previously slain bear, an animal that was worshipped by Khanty tribes as sacred and an ancestor. After the slaying of the bear, the paws and head were adorned with rings and a handkerchief, followed by a festival honoring the animal. Image courtesy of Andrey Gusev ]]>