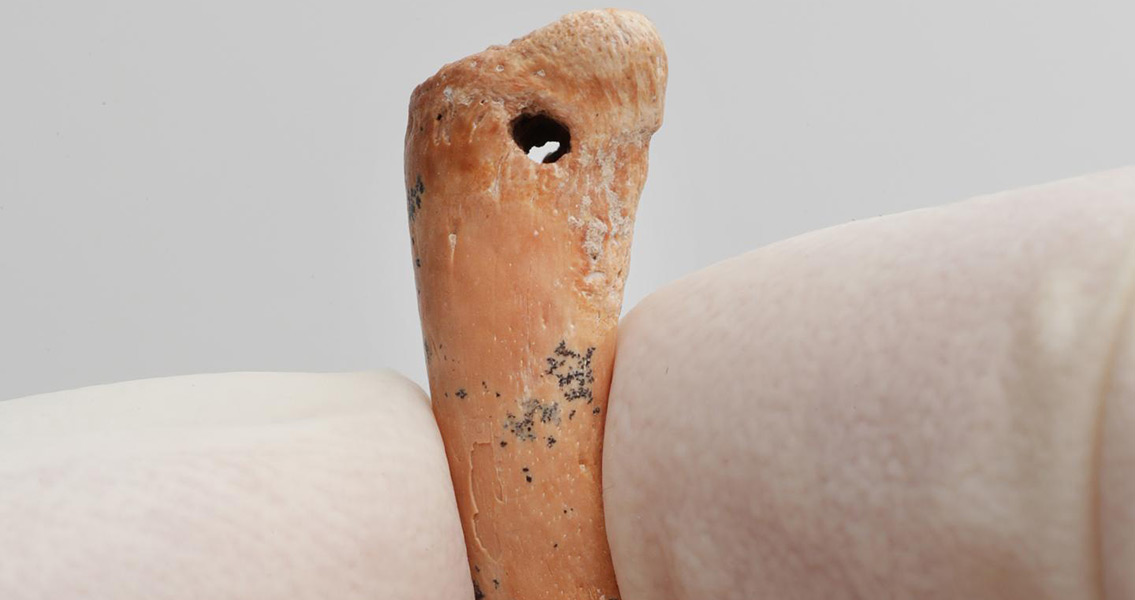 Art and Symbolic Objects Found From First Humans On Sulawesi

Proceedings of the National Academy of Sciences. The first Homo sapiens to inhabit the islands north of Australia arrived there sometime prior to 50,000 years ago. Little is known about these first human inhabitants of the Pacific Islands, which has led some to conclude the cultures were unsophisticated. A range of artefacts discovered recently however, are shedding new light on these people’s culture and symbolism. “Scientists have long been curious about the cultural lives of the first Homo sapiens to inhabit the lands to the immediate north of Australia sometime prior to 50,000 years ago — part of the great movement of our species out of Africa,” said Associate Professor Adam Brumm, an Australian Research Council (ARC) Future Fellow, who co-led the recently published study. “Some have argued that Pleistocene human culture declined in sophistication as Homo sapiens ventured beyond India into the Southeast Asian tropics and the island chains east of continental Eurasia, known as ‘Wallacea’. “However, the onset of new research programs in Wallacea is steadily dismantling this view.” The team led by Brumm and study co-author Dr. Michelle Langley have discovered a range of prehistoric rock art and ornaments. The breakthrough came in 2014, when they found 40,000 year old cave art on the Wallacean island of Sulawesi. This cave art is considered to be some of the oldest ever discovered anywhere on the planet. Since then, a host of other fascinating artefacts have been found, which are documented in the new study. These include an unusual assemblage of never seen before symbolic objects excavated from a Sulawesi cave site called Leang Bulu Bettue. Dated to between 22,000 and 30,000 years ago, the objects consist of disc shaped beads made from a babirusa (pig-deer) tooth, and a pendant fashioned from the bone of a bear cuscus. A series of stones incised with mysterious geometric patterns were also excavated. Evidence for rock art production at the site has also been found in abundance, such as discarded ochre pieces, ochre stains on tools, and a bone tube that could have been a ‘blow-pipe’ for creating hand stencil motifs. The oldest of these items date to at least 40,000 years ago. “Previously, assemblages of multiple and diverse types of Pleistocene ‘symbolic’ artifacts were entirely undocumented from Wallacea,” explained Dr Langley. “It was also unknown if or how Sulawesi cave artists adorned their bodies or whether their artistic repertoire even extended beyond rock paintings. Our understanding of the symbolic lives of these people is now much richer.” Fascinatingly, Brumm and Langley suggest that the art and jewellery they’ve discovered could be evidence that the spiritual beliefs of modern humans changed and developed as they encountered new types of animal life on the long migration from Asia to Australia. “Sulawesi, in particular, is renowned among biogeographers for its extremely high rate of species endemism – essentially all of the island’s land mammals, except for bats, occur nowhere else on earth,” said Associate Professor Brumm. “The discovery of ornaments manufactured from the bones and teeth of two of Sulawesi’s flagship endemics – babirusas and bear cuscuses – and a previously recorded painting of a babirusa dated to at least 35,400 years ago, shows that humans were drawn to these dramatically new faunal species. This may indicate that the conceptual world of these people changed to incorporate exotic animals.” Brumm and Langley speculate in their study that the progression through the diverse ecosystems of Wallacea could have prompted new ways of thinking about and engaging with the natural world. This, they suggest, could mean that elaborate human-animal spiritual relationships seen in Australian aboriginal cultures, could have their origins outside of Australia. Image courtesy of Griffith University ]]>