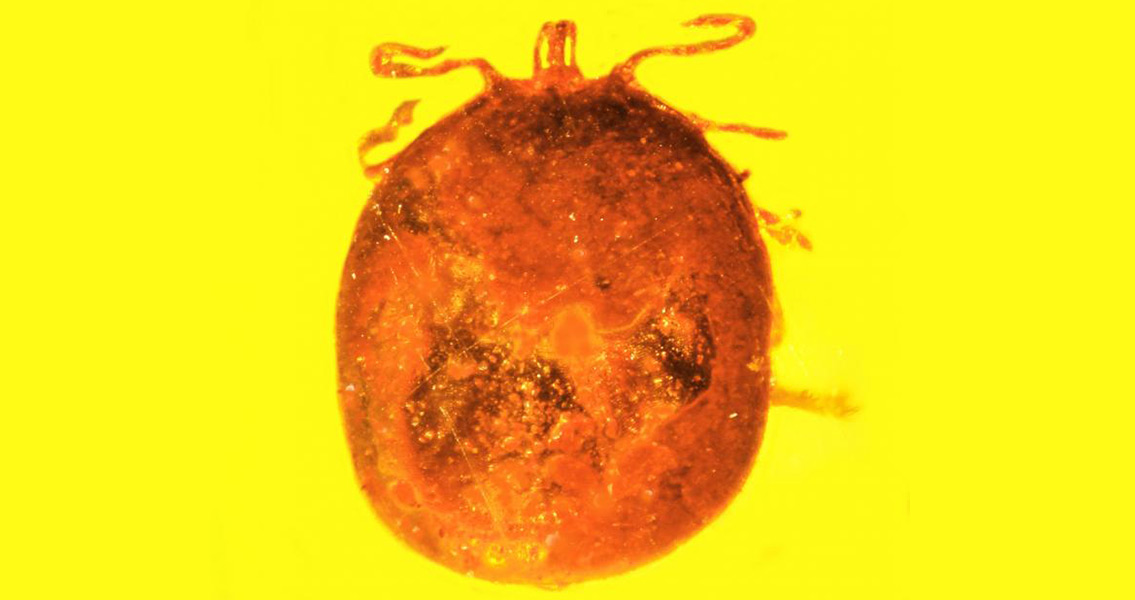 Babesia microti, a parasite that has survived to this day and is still transmitted by ticks to humans and other mammals. With its stomach distended by its last meal, the engorged tick looks as if it tumbled into a patch of tree sap after it was freshly plucked from a mammal sometime between 20 and 30 million years ago. Two small holes on its back, likely indicative of a primate pulling it off itself or a mate during grooming, were even oozing blood at the time the tick became encased in what would eventually become the piece of amber. Study author George Poinar, Jr., professor emeritus of Oregon State University’s College of Science, says the state of the tick speaks volumes of life millions of years ago in what would have been a tropical jungle in the modern Dominican Republic. The professor, an international expert on fossilized amber, added that the fossilized blood cells within the tick, which were infected with the B. microti parasite, are so detailed as to be “amazing.” B. microti can lead to a disease in humans known as babesosis, which mimics malaria in its symptoms and can be just as fatal. A genetically similar parasite is well-known for causing Texas cattle fever in live stock, a problem that has plagued plains states in the past. More than 500,000 acres of land in Texas have already been quarantined this spring because of an outbreak of the disease. Today, B. microti can be carried by the common deer tick, which is also known to carry Lyme disease. In a press release from Oregon State University, Poinar says that the life forms discovered in amber can unveil untold wonders concerning the evolution and history of diseases that modern humans are still plagued with to this very day. It’s now clear, thanks to the newly-discovered amber fossil, that B. microti was around well before humans ever evolved, and had adapted to flourish in our primate ancestors and other hosts, the scientist added. One of the unique facets of this find is how remarkably well-preserved the parasites and blood cells are within the amber-fossilized tick, Poinar said. The researcher likened it to a professional job, remarking that it was almost if they had been prepared in a laboratory in order to be subjected to study. In fact, the amber embalming process showcased the texture and the density of the parasites, which were different enough from the red blood cells harboring them to make them clearly identifiable. The new research study, which appears in the Journal of Medical Entomology, can be found online here Photo by George Poinar, Jr., courtesy of Oregon State University]]>