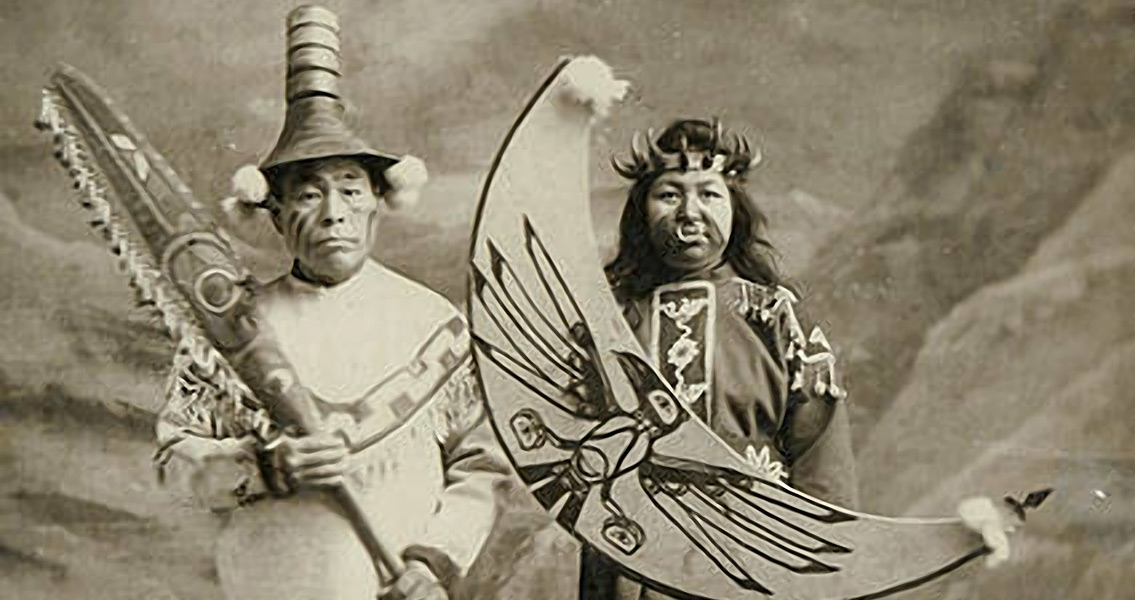 Science Online, human remains from On Your Knees Cave, dated to around 10,300 years old, were found to be closely related to a trio of ancient skeletons found along the Canadian coast of British Columbia. In turn, these three ancient individuals hold close relation to the Haida, Nisga’a and Tlingit tribes that inhabit the region today, revealing a direct line of descent to these tribes. Begun a generation ago thanks to an amicable collaboration between archaeologists and the Tlingit tribe living near the Alaskan remains, the research revolved around DNA extraction from the 10,300 year old skeletal remains. Named Shuká Káa, or “Man Ahead of Us”, the remains were first checked for maternally inherited mitochondrial DNA (mtDNA). Initially, there were no matches between the Tlingit tribe’s mtDNA and the data extracted from Shuká Káa, but it was revealed that the man had been an ancient mariner based on the isotopes in his teeth, which indicated a diet rich in seafood. Shuká Káa was ceremonially reburied in 2008, but with the advent of new DNA sequencing technology, researchers sought permission from the local Tlingit tribe as well as other tribes native to the region to take nuclear DNA samples from Shuká Káa. The three other ancient skeletons, one 750-year-old skeleton from Prince Rupert harbor in British Columbia, a 2500-year-old skeleton from the same region, and a 6075-skeleton located on Lucy Island in British Columbia, were all included in the survey. While the DNA sample taken from Shuká Káa was too damaged to sequence his genome completely, around 6% of it was recovered. The other three sets of remains were able to yield between one-third and two-thirds of their genomes as well, easily enough to compare genetic markers between these ancient humans and modern ones. The results of this study revealed that the Tsimshian tribe, and other Pacific Northwest tribes, were closely related to the Prince Rupert harbor and Lucy Island humans. Meanwhile, Shuká Káa seems to be a closer match to modern Southern and Central American tribes like the Ticuna, Surui, and Karitana of the Amazon. However, researchers say that the genetic markers aren’t particularly strong, and could simply represent a link to DNA shared by ancient ancestors living in Beringia or Asia before migrating to the Americas. Taken together with Shuká Káa‘s maternally inherited mtDNA, his nuclear DNA does raise the suggestion that he is also closely related to the younger skeletons found in British Columbia. Researchers played connect the dots between all four sets of remains, proposing that Shuká Káa is an ancestor of all related groups in the Pacific Northwest related to the Tsimshian. Meanwhile, there were genetic similarities found between the group and the remains of two other Paleo-indians: Kennewick Man, who is around 8545 years old and who was found in Washington state, and Montana’s 12,600-year-old Anzick child. The new research, published in the Proceedings of the National Academy of Sciences, is available online Tags: Ancient Skeletongenealogyhuman evolutionNative American