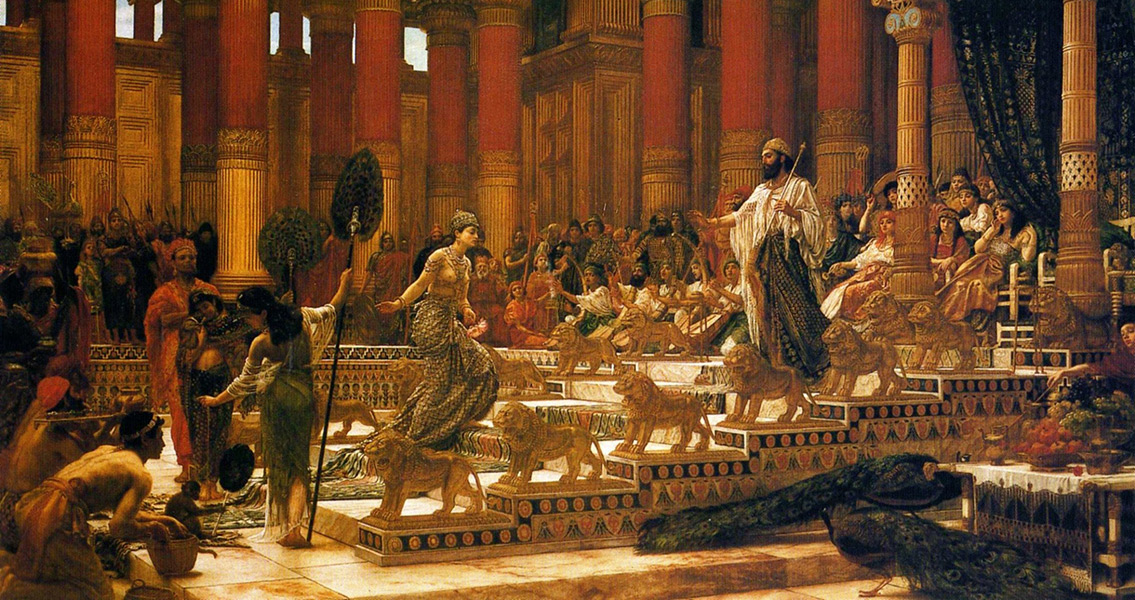 Will the Story King Solomon be Validated by Animal Droppings?

National Geographic interview. “There’s clear evidence of an Egyptian presence during those centuries… But high-precision radiocarbon dating of the dung, as well as textiles and other organic material, showed that the mining camp’s heyday was the tenth century BCE—the era of the biblical kings David and Solomon.” In the Bible, King Solomon ruled a wealthy kingdom with a temple decorated extravagantly with objects made of bronze and gold in Jerusalem. To build something this grand would have necessitated the import of metal from large-scale mining operations, most likely from the Middle East. The validity of Solomon’s wealthy kingdom has never been agreed on. Some archaeologists make the argument that Solomon was actually just a small-time chieftain and incapable of organizing such a large-scale undertaking. However, in the late 1990s, another team of archaeologists discovered a copper-rich area in Jordan which indicated that metal had been produced there on an enormous scale. This site, along with the other smelting camps across the region, support the theory that the legend of the biblical king’s vast wealth may have been true. The mining operation discovered in Timna Valley has not been connected to Solomon directly, it does suggest however, that a more complex society than originally believed, possibly the Edomites, had inhabited that area and may have paid taxes to Jerusalem. The manure samples included pollen spores and seeds, enabling Ben-Yosef’s team to determine what the animals ate. Surprisingly, they found that the feed had been imported from a region over 100 miles north, near the Mediterranean cost. Long distance trade was essential to survival in the desert and during this period metal was an essential commodity, making the investment in such an operation worthwhile. During the interview, Ben-Yosef explains that more than 1,000 tons of smelting debris have been discovered on Slaves’ Hill, making it an industrial-scale operation worthy of such a kingdom. Whether or not this site is directly linked to the kingdom of King Solomon in the tenth century is yet to be determined. Ben-Yosef remains encouraged by the findings, saying in the interview: “Until recently we had almost nothing from this period in this area. But now we not only know that this was a source of copper, but also that it’s from the days of King David and his son Solomon.” ]]>