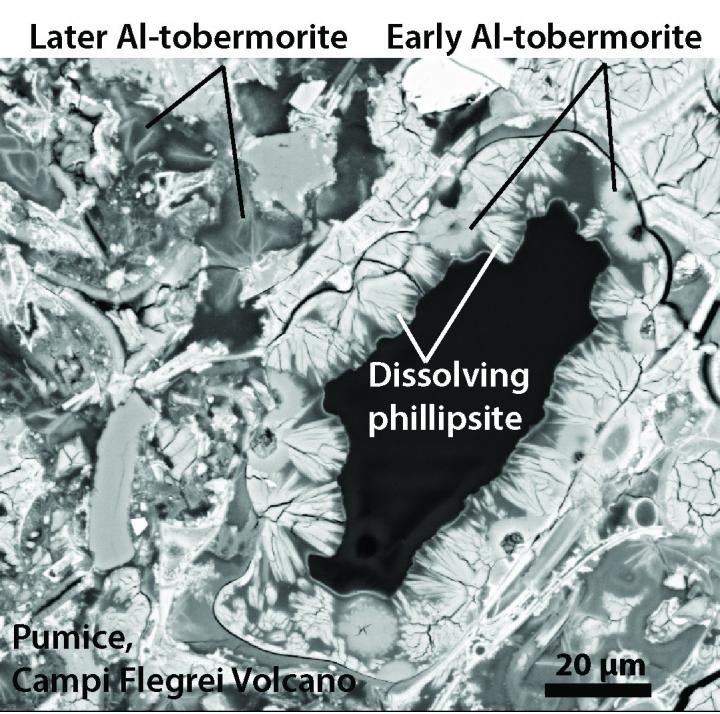 Building Lessons from the Romans New research is providing insights into how Roman harbours that are thousands of years old have withstood the ravages of time. Scientists from the US Department of Energy’s Lawrence Berkley National Lab used x-rays to study samples of Roman concrete – from an ancient pier and a breakwater, to learn more about the make-up of their mineral cements. Having previously found that crystals of aluminous tobermorite, a layered mineral, played a key role in strengthening the concrete as they grew in relict lime particles, the team’s latest research is piecing together how, when and where these crystals formed in the long history of the ancient structures. The research may ultimately influence modern construction techniques. It could lead to a wider adoption of concrete manufacturing processes with less environmental impact than those used for modern Portland cement, while the researchers also claim that an updated version of Roman concrete could be tested for applications such as seawalls and other ocean facing structures. The concrete could even be useful for safeguarding hazardous wastes. “At the ALS we map the mineral cement microstructures,” said Marie Jackson, a geology and geophysics research professor at the University of Utah who led the study. “We can identify the various minerals and the intriguingly complex sequences of crystallization at the micron scale.” “Contrary to the principles of modern cement-based concrete, the Romans created a rock-like concrete that thrives in open chemical exchange with seawater,” she continued. The research has been published in the journal American Mineralogist. Breakthrough in dating Viking fortress Archaeologists have made a breakthrough in dating the mysterious Viking fortress in Borgring, south of Copenhagen, which was first discovered in 2014. Ever since the fortress was first unearthed, a great deal of curiosity has surrounded the life, function and fate of the Viking structure. Researchers had speculated it dated to the tenth century, possibly to the reign of Harold Bluetooth (958 – 987), but it couldn’t be proven. In June of this year, archaeologists opened new trenches in a meadow next to the fortress, uncovering in situ some 2.5m beneath the surface a roughly 1m long piece of carved oak wood with drilled holes and several wooden pegs. A specialist in dendrochronological dating, Associate Professor Aoife Daly from the University of Copenhagen said the conserved part of the tree trunk was grown in the years 829-850 in the Danish area. “Since no splints have been preserved, it means that the tree has fallen at some point after year 966” Daly said in a press release. “The wood piece was found on top of a peat layer, and is fully preserved as it is completely water-logged. We now have a date of wood in the valley of Borgring, which corresponds to the dating from the other ring fortresses from Harold Bluetooth’s reign. With the dendrochronological dating, in conjunction with the traces of wear the piece has, it is likely that the piece ended as waste in the late 900s, possibly in the early 1000’s.” said research leader Jens Ulriksen. “In the coming week, the National Museum’s environmental archaeologists will take samples of wet depositions in the valley with the aim of uncovering how the layers have evolved from the earliest strata we have dated to the Bronze Age and over time,” said excavation leader Nanna Holm. The team hope that this will reveal exactly where the nearby river was when the fortress was built in the Viking Age. Funded by a grant from the A.P. Møller Foundation, the team included researchers from the Museum of South East Denmark and Aarhus University, as well as leading experts from the Environmental Archeology and Materials Research department at the Danish National Museum and the National Police Department’s Section for arson investigation. Poland seeks extradition of man accused of heading an SS unit Prosecutors in Poland are seeking the extradition of a 98-year-old man accused of being the former commander of an SS led unit that slaughtered civilians and burnt Polish villages to the ground during World War Two. Michael Karkoc has repeatedly denied the charges leveled against him, according to the Independent. Officials from the National Remembrance Institute in Warsaw accuse Karkoc of commanding a unit of Ukrainian nationalists responsible for mass killings in villages along Poland’s eastern border during World War II. The extradition request has been handed to the Polish embassy in Washington. According to the Independent, an inquiry by the Associated Press (AP) into Karkoc triggered the IPN investigation. The AP piece pointed out that Krakoc did not have a direct role in the atrocities, but was present and witness to them as a company leader. Whether Krakoc will be extradited will be governed by the EU – US extradition treaty. Krakoc is said to be suffering from Alzheimer’s disease, the Independent article states, raising questions over whether he’d be fit to stand trial. Earlier this year, his son Andriy Karkoc, fervently denied the charges leveled against his father. Image is from a scanning electron microscope, shows formations of aluminum tobermite crystals in a volcanic ash sample from the Campi Flegrei Volcano in Italy. X-ray experiments at Berkeley Lab’s Advanced Light Source have helped researchers to understand how these crystals develop over time to strengthen ancient Roman concrete structures. The scale bar at lower right represents 20 microns, or 20 millionths of a meter. Courtesy of University of Utah ]]>