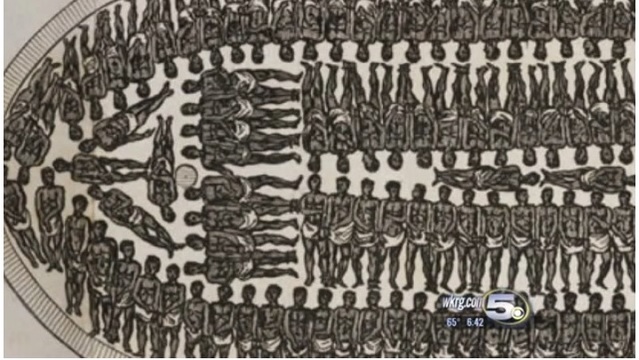 Barracoon: The Story of the Last ‘Black Cargo’ by Zora Neale Hurston was refused publication and then languished unseen for the next 87 years in a dusty archive. That is, until now.   ‘Barracoon: The Story of the Last ‘Black Cargo’ is the tale of Cudjo Lewis born in 1840 and kidnapped in 1859 from his West African village.   He was transported along with one hundred others to Alabama in the US, despite the fact that African slavery had been abolished in America in 1807.   The word ‘Barracoon’ is the term used to describe the barracks where the slaves were housed before their buyers collected them. Lewis is widely held to be the last black African to be sold into slavery and arrived on the last slave ship.   Hurston interviewed Lewis, whose African name was Kossola, when he was approaching 90 years of age. The interviews formed the basis of Hurston’s book which ended up in the archives at Howard University after the books’ failure to publish and Hurston’s death in 1960. Harper Collins have agreed to publish the manuscript in its original form; Kossola’s African dialect appears intact, the main basis for rejection of the manuscript all those years ago.   Kossola was freed in 1865 after working for six years for a shipping business on the Alabama River. The man behind the slave transport, Timothy Meaher, escaped prosecution for breaking the law. The ship on which they were all transported, the Clotilda, was burned by the ship’s Captain, William Foster upon arrival in the US.   [caption id="attachment_8617" align="aligncenter" width="950"]

Remains of the Clotilda[/caption]   All of the slaves were either sold or kept for personal use by Meaher and Foster. After the Civil War in 1865 when he became free, Kossola along with other former slaves founded Africatown in Alabama, where they remained and where Hurston came to interview him in the late twenties.   The author spent a lot of time living in Africatown with Kossola, where the men spoke their own language and kept up their traditional, African customs. She walked alongside Kossola as he cleaned the church and accompanied him on his crabbing trips to the bay. Some of their time was spent in silence, itself speaking volumes about Kossola’s loss of his people and homeland even after so many years.   Her time spent with Kossola moved Zora Hurston hugely and she was profoundly affected by his story. During one of her last visits to his home, she asked to photograph him. Kossola appeared in his best suit but without any shoes. He told Hurston that he wanted to look like he would if he were in Africa as this is where he really wanted to be.   This work was one of her earliest projects following the end of her studies; Hurston studied Anthropology at Barnard College and then Howard University. Hurston was part of the Harlem Renaissance which was an intellectual and social movement within Harlem during the 1920s also sometimes known as, ‘the New Negro Movement’.   Her Biography, ‘Wrapped in Rainbows: The Life of Zora Neale Hurston’ by Valerie Boyd portrays the effect that the interviews with Kossola had on Hurston quite vividly. Hurston’s work is truly unique because it is the first hand testimony of a man who was there, a living record from a truly shameful period of history.]]>