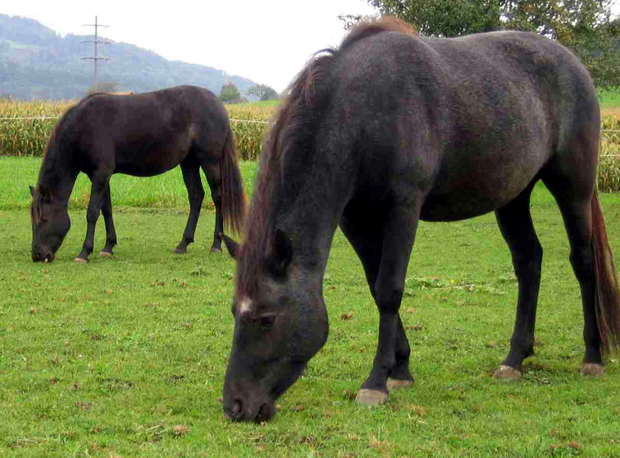 Who First Domesticated Horses? The History News of the Week

Posted By: Daryl.Worthingtonon: May 14, 2018In: Breaking News
Print Email

Answered: Who First Domesticated Horses? A new study claims that horses were first domesticated by descendants of hunter-gatherer groups in Kazakhstan. Exactly when, where and who first domesticated horses is shrouded in mystery. A popular theory is that it was the Yamnaya culture (3300 BC–2600 BCE), yet the new research is dispelling this idea. “The successful spread of the Indo-European languages across Eurasia has puzzled researchers for a century. It was thought that speakers of this language family played a key role in the domestication of the horse, and that this, in combination with the development of wheeled vehicles, allowed them to spread across Eurasia from the Yamnaya culture,” explained Dr. Guus Kroonen, historical linguist at University of Copenhagen, in a press release. In the new study, published in the journal Science, it is shown that in fact horses were already being used by the Botai people 5,500 years ago, and much further east in Central Asia, completely independent of the Yamnaya pastoralists. An inter-disciplinary team analysed ancient and modern DNA samples from humans and compared the results – the 74 ancient whole-genome sequences studied by the group were up to 11,000 years old and were from Inner Asia and Turkey. The results found no genetic link between the Yamnaya and Botai. Intriguingly, the Botai were eventually pushed out of the central steppe region by migrations from the west. The Botai horses were also replaced, suggesting domestication of horses had already occurred elsewhere. “We now know that the people who first domesticated the horse in Central Asia were the descendants of ice age hunters, who went on to become the earliest pastoralists in the region,” stated Professor Alan Outram from the Department of Archaeology at the University of Exeter “Despite their local innovations, these peoples were overrun and replaced by European steppe pastoralists in the middle and later Bronze Age, and their horses were replaced too.” [caption id="attachment_8613" align="alignnone" width="1440"]

Skeletal remains showing evidence of leprosy from the Odense St. Jørgen cemetery in Denmark, which was established in 1270 and existed until 1560.
Credit:
Dorthe Dangvard Pedersen[/caption] Did Leprosy Originate in Europe? Leprosy may have originated in Europe, innovative new research is claiming. The study by the Max Planck Institute for the Science of Human History, the University of Tübingen, EPFL Lausanne and the University of Zurich sequenced 10 new ancient genomes from the leprosy causing bacterium Mycobacterium leprae. This included the oldest leprosy genome sequenced to date, from around 400CE in the UK. The results have shown there was much more diversity in Medieval European strains of leprosy than previously thought. 90 sets of remains with skeletal deformations characteristic of leprosy from across Europe were studied, dating from 400CE to 1400CE. Previous research on the bacterium suggested that it clusters into several strains, only two of which had been present in Medieval Europe. However, the scientists found strains from Medieval Europe that are traditionally associated with locations such as Africa, Asia and the Americas. At the same time, multiple strains were also often detected in a single cemetery, giving an insight into the diversity of the disease. “We found much more genetic diversity in ancient Europe than expected,” explains Johannes Krause, senior author of the study and a director at the Max Planck Institute for the Science of Human History. “Additionally, we found that all known strains of leprosy are present in Medieval Europe, suggesting that leprosy may already have been widespread throughout Asia and Europe in antiquity or that it might have originated western Eurasia.” Interestingly, the results add growing support to the idea that the squirrel fur trade played a role in the spread of leprosy. The oldest leprosy genome sequenced in the study, from Great Chesterford, England, is the same strain found in modern day red squirrels. “The dynamics of M. leprae transmission throughout human history are not fully resolved. Characterisation and geographic association of the most ancestral strains are crucial for deciphering leprosy’s exact origin” states lead author Verena Schuenemann of the University of Zurich. “While we have some written records of leprosy cases that predate the Common Era, none of these have yet been confirmed on a molecular level.” The research has been published in the journal PLOS Pathogens. Image credit: Pottok [GFDL (http://www.gnu.org/copyleft/fdl.html) or CC-BY-SA-3.0 (http://creativecommons.org/licenses/by-sa/3.0/)], via Wikimedia Commons ]]>