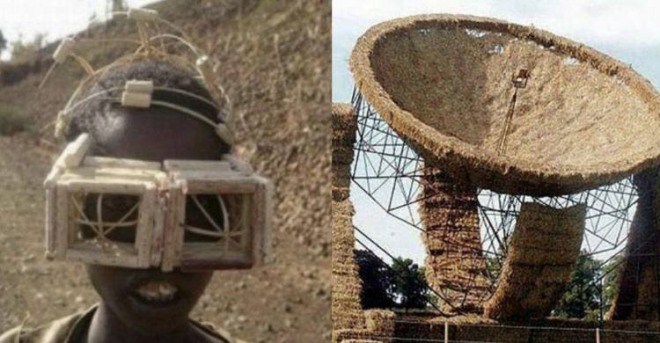 Melanesian cargo cults and the unquenchable thirst of consumerism

Outsiders come to the islands

During the Second World War, the US Army’s ‘island hopping’ strategy saw its troops occupy small, relatively unguarded but well-located islands in the South Pacific. From there, they could embark upon their path to invade Japan. In avoiding major islands and focusing on island hopping, American soldiers came into contact with people who had, until then, had little or no contact with the outside world. The G.I.s came with aeroplanes, manufactured goods, modern medicine, canned food and guns: all of which were new concepts to the islanders.

Having been colonised by the British Empire, the people of Tanna, a small island in what is now Vanuatu, had already encountered Westerners. Mass-produced goods, however, were new to them. Sci Fi writer Arthur C. Clarke’s assertion that ‘any sufficiently advanced technology is indistinguishable from magic’ was proven true: it wasn’t long before cults worshipping the American goods appeared in islands around the Pacific. Most notably, they cropped up in the islands of Vanuatu, Fiji and New Guinea.

These foreigners and their apparently miraculous supplies caused the people of Tanna to mix their existing beliefs (which included an anti-colonialist cult as well as Keraperamun, a volcano god) with their new experiences. The result came to be known as the John Frum cargo cult. To this day, the members of the cult worship a god named John Frum, who is usually depicted as an American solider in full uniform. A neighbouring cult from the same island also worships a god called Tom Navy. These were not considered to be ‘new’ gods, but instead extensions of their existing deities.

As the war came to an end, the Americans went back home. The islanders, however, continued to worship their newly evolved deities in an effort to convince the gods to return and bring with them an abundance of cargo. To the people of Tanna, John Frum, Tom Navy and the other deities became messianic figures who would one day return in ships and aeroplanes laden with fascinating goods. A kind of fetishism emerged, as members of the John Frum cargo cult started to build symbolic runways out of bamboo. Adding to this, they erected wooden air control towers and designed life-size replicas of aeroplanes out of the wood and straw from the island. [caption id="attachment_8823" align="aligncenter" width="500"]

Members of the John Frum cult with a replica of an aeroplane. Credit: http://purgingtalon.com/diabologue/wp-content/uploads/2009/01/cargocult1.jpg[/caption] In 1957, this fetishism progressed further as the newly formed ‘Tanna Army’ emerged. It is a non-violent organisation that emulates the public parades and military mannerisms of the American army. Its ‘soldiers’ dress in red, white and blue; and to this day, a parade occurs on the 15th of February every year.

So what are the Melanesian cargo cults?

The definition of ‘cargo cults’ has thrown up a multitude of problems. In 1948, anthropologist Lucy Mair wrote ‘the motive force of cargo cult is a feeling of hopeless envy of the European with his immensely higher material standards’. This is by no means an accepted analysis of the movements; but it presents an interesting juxtaposition of the cults with modern consumerism. Loosely, we can now say that they are organised social movements of people in pursuit of ‘cargo’ by means of ritual action. Whether the cults were nativistic, and thus concerned with reviving waning traditions, or iconoclastic, and thus focused on replacing local culture with Western substitutes, continues to be subject to debate. We can say with absolute certainty, though, that over the past 7 decades, these movements have played a pivotal role in developing the communities and cultures currently in play on the islands of Vanuatu. Where there are leaders and prophets of these cults, they are concerned with social harmony and order. They insist that in order for new cargo to arrive on the islands, certain social rules have to be followed. Moral renewal and collectivism over individualism are common themes: to love one another, to perform different kinds of sexual relationships, and the rejection of stealing, lying and cheating. No order, no cargo. A prominent writer and researcher on the cargo cults, Peter Worsley, has argued that cargo cults ‘weld previously hostile and separate groups together into a new unity’ and that ‘by projecting his message on to the supernatural plane’, a cargo cult luminary establishes that his leadership ‘transcends the narrow province of local gods and spirits associated with particular clans, tribes or villages’.

Cargo cults: a comforting reflection of the human condition

Despite having largely faded away, stories of cargo cults are constantly doing the rounds. A quick internet search of the term will throw up seemingly endless analyses and hypotheses; and if you are so inclined, you can purchase a bottle of John Frum alcohol to sip at your leisure. Many documentaries have been made about the faction that specifically worships Prince Philip, Duke of Edinburgh. So why the obsession? Simply put, they epitomise modern, consumerist desire. It is a desire that cannot be satiated. We have endless opportunities to shop for our own cargo, and yet the acquisition of goods never seems to satisfy us. When we get our cargo, it doesn’t quash the desire. It intensifies it. Unending desire and the constant strive to be better, have more, and achieve dominance is human nature – whether it’s on the shores of Tanna or in the heart of Manhattan. To Westerners, cargo cults seem to be as futile as they are relatable. It’s the modern condition, reflected in a place that feels like another world.]]>
Tags: British colonialBritish Empirecargo cultscolonialismSecond World WarUSA.warWorld War Two
Share 0
Tweet
Share
Share
Share