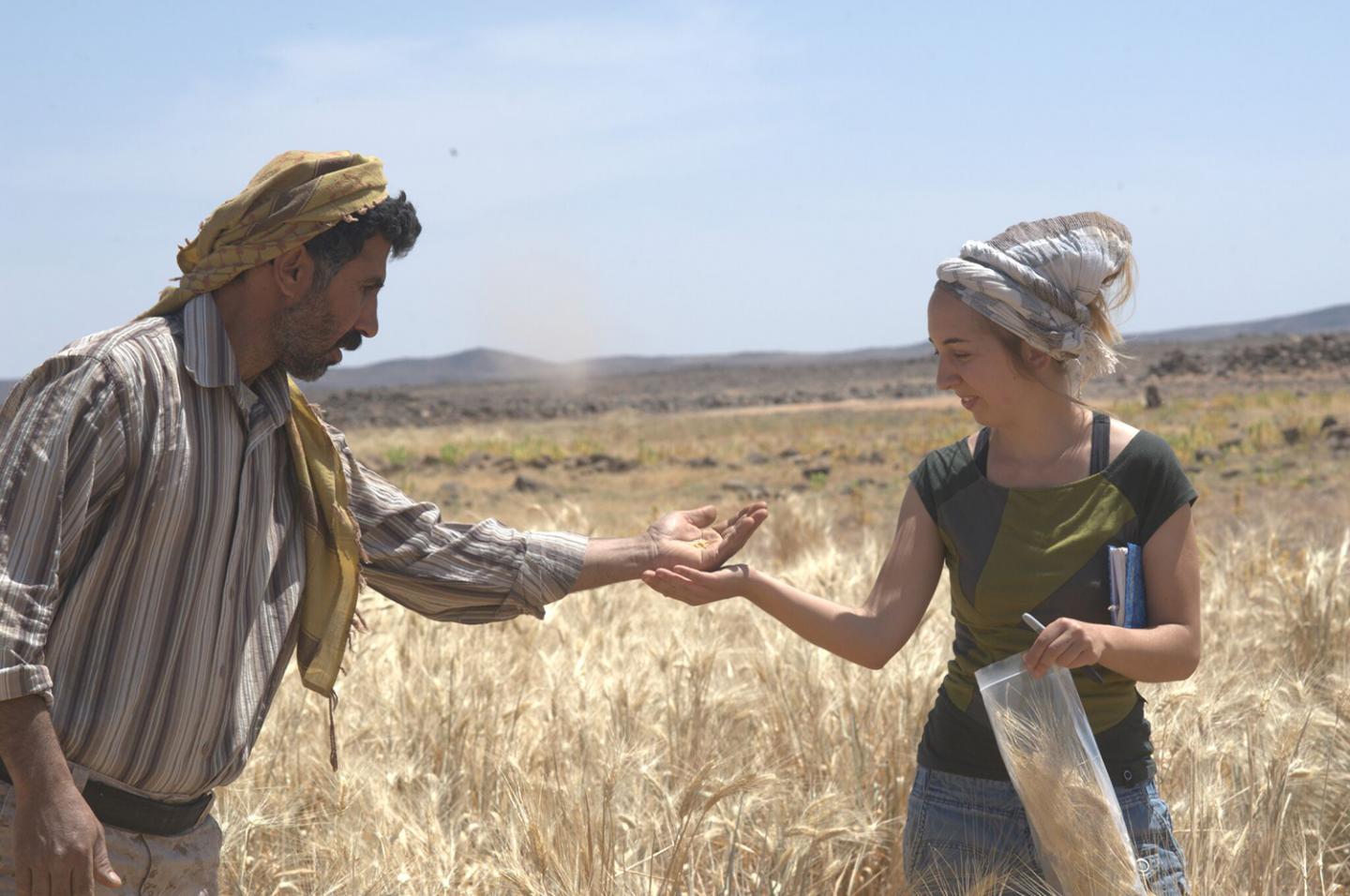 14,000 year old food practices The excavation at Shubayqa 1 has unearthed 254 examples of food remains. Charred evidence of a flatbread baked 14,400 years ago has caused researchers to confirm that baking predates the advent of agriculture by at least 4,000 years. The findings indicate that bread production encouraged gatherer-hunters to cultivate cereals – therefore contributing to the agricultural revolution in the Neolithic period. The research team was comprised of academics from the University of Copenhagen, University College London and the University of Cambridge. [caption id="attachment_8845" align="aligncenter" width="500"]

From calories to culture: the evolution of eating

Nutritionally speaking, the process of making bread is entirely uneconomic. After harvesting wild cereals, the people of Shubayqa 1 had to separate the seeds, grind them down, make the dough, flatten the dough and cook it. They would have suffered a net loss of calories during the process – which suggests that the bread was not made for survival purposes. That leads us to the idea that this discovery represents a pivot in the history of human eating practices. No longer were people seeking pure nutrition from their food. For the people of Shubayqa 1, eating was now imbued with cultural, social and perhaps ideological significance. To strengthen this theory, the date and location of the flatbread places it close to the erection of the world’s oldest monumental buildings. Inside, ceremonies and rituals took place; perhaps with the first instances of socio-ideological feasting. [caption id="attachment_8846" align="aligncenter" width="500"]

One of the stone structures of the Shubayqa 1 site. The fireplace, where the bread was found, is in the middle. Credit: Alexis Pantos[/caption]

The Danish Council for Independent Research has recently approved further funding for research into food production during the transition to the Neolithic period. University of Copenhagen archaeologist Tobias Richter, who led the excavations at Shubayqa 1 in Jordan, comments: “Natufian hunter-gatherers are of particular interest to us because they lived through a transitional period when people became more sedentary and their diet began to change.”

What came first: the chicken or the bread?

Professor Dorian Fuller from the UCL Institute of Archaeology says: “That it was produced before farming methods suggests it was seen as special, and the desire to make more of this special food probably contributed to the decision to begin to cultivate cereals.” Richter continues: “The flat bread found at Shubayqa 1 is the earliest evidence of bread making recovered so far, and it shows that baking was invented before we had plant cultivation. “So this evidence confirms some of our ideas. Indeed, it may be that the early and extremely time-consuming production of bread based on wild cereals may have been one of the key driving forces behind the later agricultural revolution where wild cereals were cultivated to provide more convenient sources of food.” The discovery comes shortly after new research revealed that barley spread across the world via multiple routes – suggesting human choices were made based on nutritional and perhaps cultural needs. Read more here.]]>
Tags: archaeobotanyarchaeologydietfoodhuman evolutionJordanMiddle-East
Share 0
Tweet
Share
Share
Share