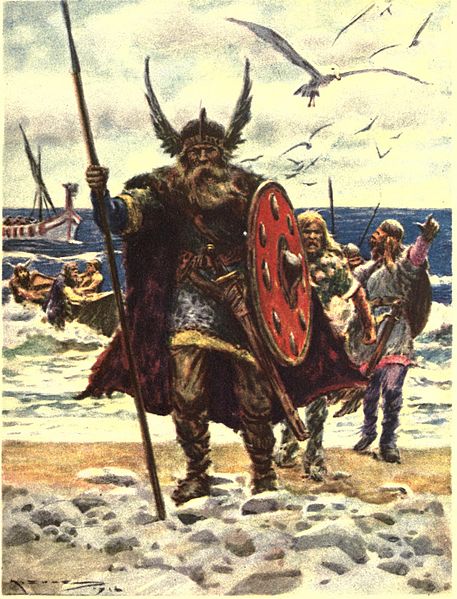 An examination of the burials determined that three of the graves belonged to women, and another two to children. The remaining skeletons are still in the process of being identified. As no grave goods were found, the researchers were not initially sure of their heritage; but an anthropologist was able to inform the team that they were likely from Western Europe – meaning that they were probably Normans from northern France. Moździoch, who comes from the Institute of Archaeology and Ethnology of the Polish Academy of Sciences in Warsaw, says: “According to the local anthropologist, the tallness and massive build of skeletons of people buried here indicate this origin.”

Why were Vikings in Sicily?

So what were the Normans doing in Sicily? During the second half of the 11th Century, the island was recaptured by a Norman nobleman, Roger de Hauteville, after having been occupied by the Arabs. It was quite usual for the Normans to send out expeditions to southern Italy, Sicily, and of course, England, Wales, Scotland and Ireland.

The cemetery where the bodies were found was associated with a church hospital mentioned in a 12th Century document; but no medical equipment was found on the site. They did, however, find coins that were minted in Champagne and Lucca, indicating that the builders and users of the church would have from the north of the Apennine peninsula. At the time of the church’s construction, nearby Palermo was held by Arabs. Moździoch says that the church was fortified and built on a hill so as to provide a strategic position for battle. The architecture of the church backs up the theory that these bodies were those of Viking descendants. “The Western European form of the church… [indicates] that its builders and users could have come from Normandy,” Moździoch says. “Our research has changed the previous theories concerning the church structure. It indicates that its form referred more to the western European churches of the 11th and 12th centuries than to the buildings of this type erected in Sicily during that period. To put it simply, the concept of construction was directly transferred from the north by the craftsmen brought from there,” he concluded.]]>
Tags: sicilyVikingVikings
Share 0
Tweet
Share
Share
Share