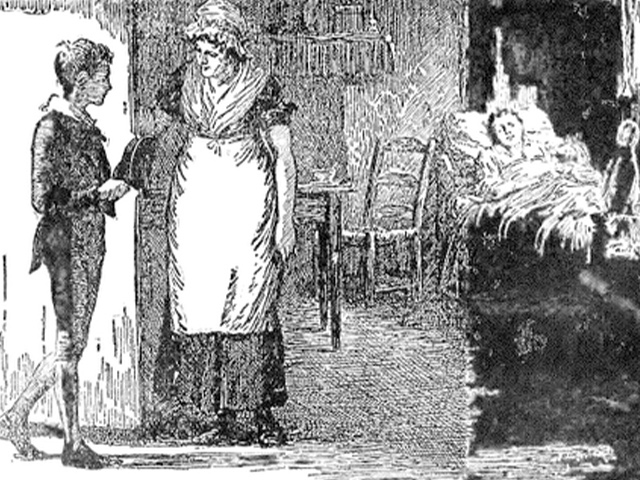 The Wronged Apprentice Historians have found some evidence of person around whom the Ludd legend might have developed. It is possible he might have been an apprentice cloth worker in the late 1700s in the Midlands county of Leicestershire. His employer thought that Ludd could work harder and decided to report his laziness to the local justice of the peace. Ludd faced a whipping and became so enraged by his master’s action that he smashed the knitting machine with a hammer. Yet the Ludd who lay behind the violent industrial unrest in the second decade of the nineteenth century is not yet identified with a particular individual. Most historians believe that he was an imaginary character who conveniently allowed local activists to portray themselves as part of a more powerful movement, or perhaps to shift responsibility for violent actions. The Years of Ludd The first record of the name Ned Ludd in connection with an industrial dispute appeared on letters sent to mill owners in Nottingham in 1811. The frame knitters felt threatened by the introduction of powered knitting machinery in local factories. The letters were followed by attacks on the factories and hundreds of these modern knitting frames were smashed. Many of these machines were built by a manufacturer named Enoch, but Enoch also curiously enough made the large hammers Ludd’s followers used to smash the machines. Thus the expression began to circulate, “Enoch did make it, and Enoch will break it.” This was a period of great distress in the Midlands and North. Prices were rising and workers who had supported themselves by working from home were losing their independence and being forced into the highly-disciplined factory environment. Gathering around the banner of Ned Ludd weavers and cloth finishers attacked the new factories and destroyed the new machinery. On a number of occasions the factory owners saw what was coming and defended their business with firearms. Soldiers were also dispatched to restore order. Draconian laws were passed introducing the penalty of death for destruction of mill machinery. When the followers of Ned Ludd killed Yorkshire mill owner William Horsfall in 1812, over 60 people were arrested for this murder and an attack on a Huddersfield factory. Of the arrested men seventeen were executed on the gallows. In another prosecution for Luddite activity in Lancashire one of those arrested and executed was a 12 year old boy. By 1817 these oppressive measures had succeeded in breaking the Luddite movement and worker unrest took other avenues. The Power of Ludd The obvious question is how could the Ludd character form a rallying point for workers in different industries across a wide geographical area? Nobody today believes that Ludd was a real person who stood at the head of an organized movement. The best way of understanding this phenomenon is to place Ludd in a similar category as Robin Hood. In a similar way that Robin Hood stories came to represent the struggle of ordinary people against a repressive, powerful authority, Ludd took on the role of the protector of the workers against the encroachment of the new factory system. Ludd upheld the rights of the downtrodden handloom worker against the threat to their livelihoods from new technology and greedy employers.]]>