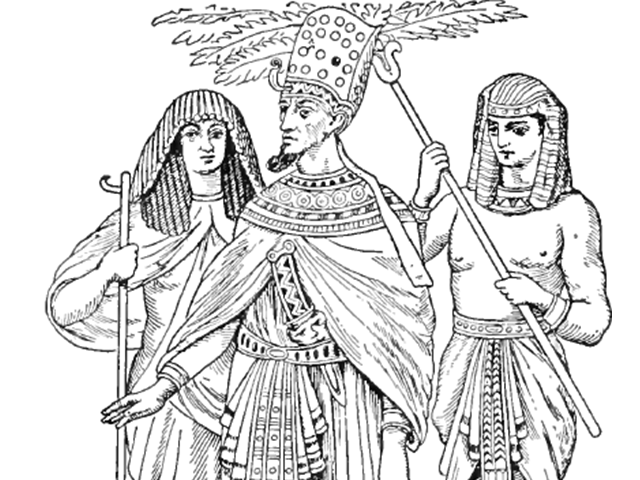 Some ancient Egyptian jewellery was actually made from material of celestial origin, research has revealed. Recent study has revealed that nine ancient Egyptian beads are actually made from iron meteorites. These beads, which are believed to be the oldest iron artefacts on the planet, were first discovered at a pre-dynasty cemetery near the village of el-Gerzeh, south of Cairo, in Lower Egypt. Their outer – space origins were suspected right from the start when they were first unearthed from a teenage boy’s tomb in 1911. That particular tomb dates back to approximately 3200 B.C.E., more than 5,000 years ago, according to researchers. Initial tests on the beads showed high concentrations of nickel. This is usually a sign of iron meteorite material, however, in the 1980s some academics argued that the high nickel content could have been the result of smelting. To lay this debate to rest the iron beads were scanned with beams of neutrons and gamma rays. High concentrations of cobalt, phosphorous and germanium were found and the result also revealed that these elements were present at levels that only occur in iron meteorites. “The really exciting outcome of this research is that we were for the first time able to demonstrate conclusively that there are typical trace elements such as cobalt and germanium present in these beads, at levels that only occur in meteoritic iron,” noted Thilo Rehren, a professor from UCL Qatar, a Western Asian outpost of the University College London’s Institute of Archaeology. Thilo Rehren is the study lead author. He added, “We had assumed this was the case for 100 years, but it’s nice to be able to put an exclamation mark on the label, rather than a question mark. “This meteoritic iron, it’s very hard material that you find in lumps, and yet here we see it in thin beads. The real question is, how were they made?” When first found inside the tomb, these tube-shaped beads were strung together into a necklace alongside other exotic materials, including gold and gemstones. From the X-ray analysis, researchers also found that the tube shape of the beads was obtained by smithing and rolling. “We are also excited to be able to see the internal structure of the beads, revealing how they were rolled and hammered into form. This is very different technology from the usual stone bead drilling, and shows quite an advanced understanding of how the metal smiths worked this rather difficult material,” Rehren commented. He also claimed that the process is a much more elaborate operation and one that they assumed was only invented and developed in the Iron Age, which started maybe 3,000 years ago — not 5,000 years ago. This operation is said to be different to the one that involves gold and copper, which are considered to be more pliable metals. The works involving solid iron need the advanced technique and craft of blacksmithing, which involves repeatedly heating metals to red-hot temperatures and meticulously hammering them into shape. In a more detailed explanation, researchers suggest the iron meteorites were probably heated and hammered into thin sheets. They were then woven around wooden sticks to create 0.8 inch (2cm) long, tube-shaped beads. “This shows that these people, at this early age, were capable of blacksmithing,” Rehren said. “It shows a pretty advanced skill with this difficult material. It might not have been on large scales, but by the time of the Iron Age, they had about 2,000 years of experience working with meteoritic iron.” In an interview with LiveScience, Rehren told them, “Even 100 years ago, [the beads] attracted attention as being something strange.” These findings smashed previous theories that ancient Egyptians crafted their beads from iron ore. In another part of the world, other researchers have also identified different artefacts that have outer-space origins. About two years ago, German scientists discovered a Buddha statue that was carved from a meteorite, between the eighth and 10th centuries.]]>