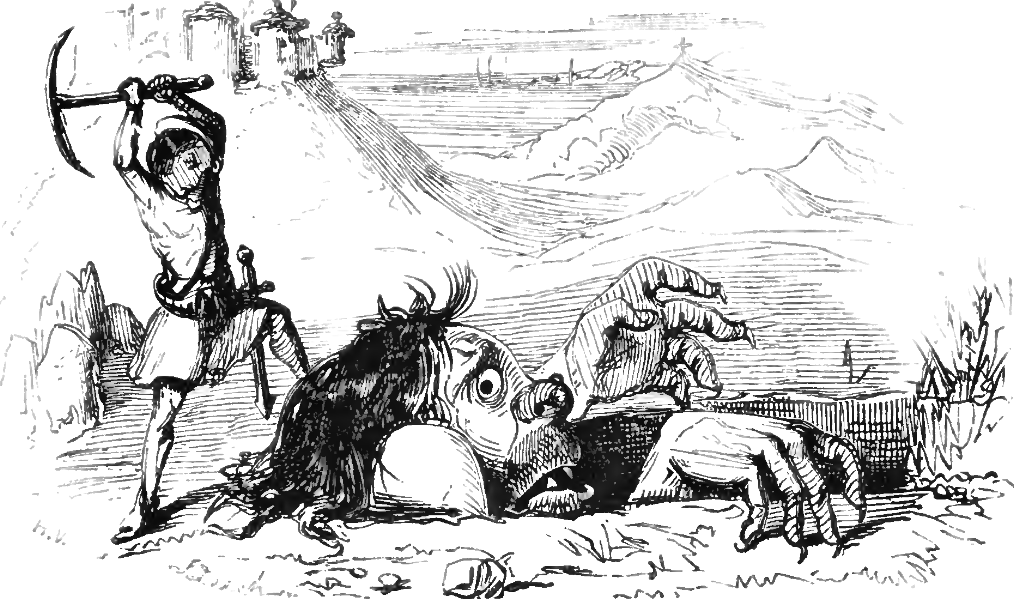 In the Land of the Giants: Folklore’s Biggest Villains. Literally

Even though Jack commits violent acts, such as ripping a giant’s belly open in one of the stories, more often that not, it is his clever trickery and quick thinking that helps him out of tough situations. He knows he cannot match the strength and the size of Cormoran, Galigantus, or any other giant, so he exploits their weaknesses. Right from the beginning, it’s an unfair right, but Jack is not the one to be discouraged. At the heart of these stories is the battle of good vs. evil, but the giants are used as villains for a reason. They aren’t fully fleshed-out characters with unique qualities that to them apart from one another, but their lowest common denominator is their size, power, brutality, but also their lack of skill and intelligence, as they are always portrayed as blood-thirsty monsters, often clumsy and dim-witted. As such, they serve to provide the perfect foil for our tiny hero, as Jack’s qualities can shine when juxtaposed with characteristics of the giants. These stories give us the message that is that no matter how small you are, you always have a fighting chance to emerge victorious if you use your smarts, wit and bravery against a brute, mindless, destructive force.]]>