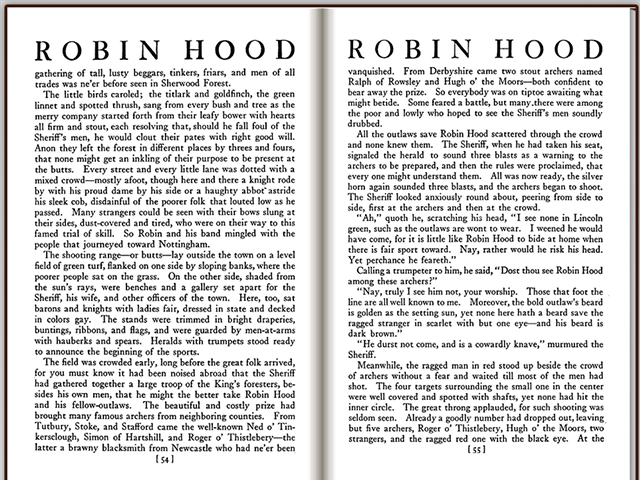 For ’tis a fine life, and ’tis void of all strife.  ‘So ’tis, sir,’ Clorinda reply’d;  ‘But oh,’ said bold Robin, ‘How sweet would it be,  If Clorinda would be my bride!’ She blusht at the motion; yet, after a pause  Said, Yes, sir, and with all my heart;  ‘Then let’s send for a priest,’ said Robin Hood,  ‘And be married before we do part.’ Expert on the Robin Hood Folklore and Robin Hood enthusiast, Ralph Needham, says that the ballad must have been written long after the tale of Robin Hood became popular. To hear of anther love interest before Marian might imply that another story had taken place prior to the more popular version or as others might like to believe, there were additions to the legend long after it became such a popular tale. Nonetheless, Marian will always remain an important part of the story. The love between Robin Hood and Maid Marian is embedded among the larger picture, making it more intriguing. The ballad, the legend, the folktale, all ends with only one true love for Robin Hood, and that is what readers have always kept in their hearts; the love between himself and Maid Marian.]]>