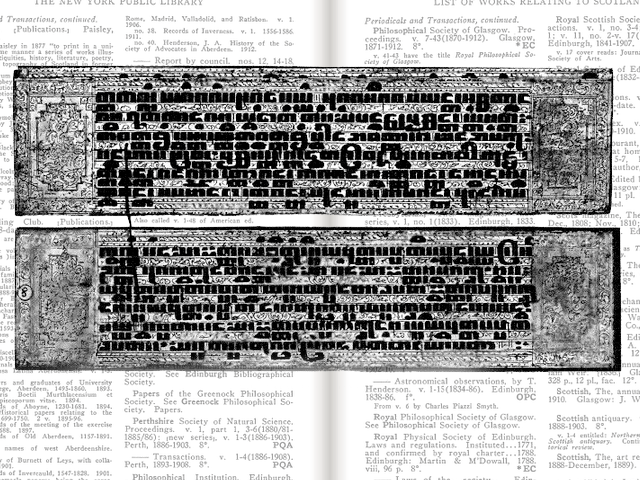 A professor was proclaimed as the Real-Life Indiana Jones when he made a groundbreaking decoding on a mysterious ancient manuscript. Fictional Indiana Jones may have found his real- life counterpart when a professor from the University of Bedfordshire decoded the legendary and mysterious Voynich manuscript. Recently Stephen Bax, a professor of Applied Linguistics, has attracted international attention by becoming the first professional linguist to crack the code of the 600 year-old manuscript.

The Voynich manuscript is a pictorial codex hand-written in a mysterious writing system, named after Polish book dealer Wilfrid Voynich, who purchased it in 1912. The pages of the codex, which was written on vellum, have been carbon dated to the early 15th century, between 1404 and 1438. The content features illustrations of exotic plants, stars, and mysterious human figures, as well as many pages written in an unknown text. Its origin is unknown, with the earliest confirmed owner a Polish alchemist named Georg Baresch. Professor Bax has begun to unlock the mystery meanings of the Voynich manuscript using his wide knowledge of mediaeval manuscripts and his familiarity with Semitic languages such as Arabic. He is working through it letter by letter using careful linguistic analysis. He explained, “I hit on the idea of identifying proper names in the text, following historic approaches which successfully deciphered Egyptian hieroglyphs and other mystery scripts, and I then used those names to work out part of the script.” “The manuscript has a lot of illustrations of stars and plants. I was able to identify some of these, with their names, by looking at mediaeval herbal manuscripts in Arabic and other languages, and I then made a start on a decoding, with some exciting results,” he added. The term for Taurus is one of the words he managed to identify. Other than that, a constellation of of seven stars which may be the Pleiades, and also a picture of the plant Centaury, a known mediaeval herb, as well as a number of other plants. Professor Bax was reported to have conducted a lecture that focused on the procedure and problems in decoding the manuscript, and also discussed moves to identify the underlying language of the manuscript. The Voynich manuscript has earned a reputation for being ‘the most mysterious’ manuscript on the planet. Even though he has so far managed to crack only part of the manuscript, that alone is quite a breakthrough and will no doubt pave a path for like-minded enthusiasts to join the manuscript-decoding party. The Voynich manuscript is a world-renowned case in history of cryptography. Many cryptographers, professional and amateur, have tried and fail. Even codebreakers from World War 1 and World War 2 were unable to penetrate into its inscrutable content. Its obscure reputation grew with the emergence of some rather grand theories. Some suggested it was the work of a young Leonardo da Vinci, various secret groups, or even Aztecs. Some even went further and proclaimed it was transcribed by something not from this earth, while other, more pessimistic people stated that the manuscript might be nonsense. Even though the manuscript is not fully decoded yet, Professor Bax’s work would undoubtedly serves as a much-needed trigger that would launch the journey of its full decipherment to its eventual success.]]>