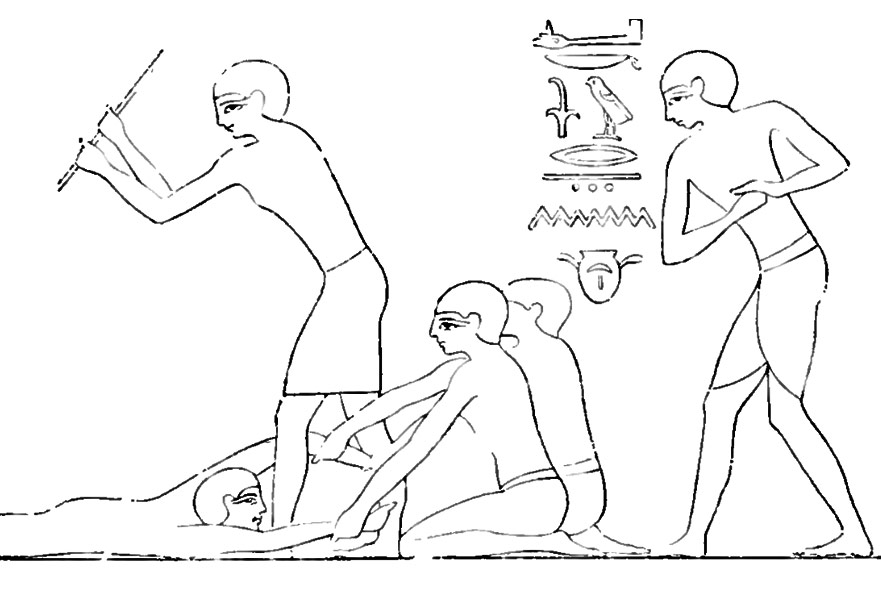 th Century BC for a steward named Harwa and was used even after his death. Harwa’s successor Akhimenru’s tomb can also be found here. A group of scientists who work for the Italian Archaeological Mission to Luxor (MAIL) have finally found a major breakthrough, laying fruit to the 15 years of excavation and research work that has been performed in the region. Recent archaeological excavations have unearthed the remains of a number of victims who fell to the ancient plague that was termed as the end of the world by St. Cyprian. LiveScience reports that the remains found by archaeologists at the site were covered with a layer of lime, an ingredient that was used as a disinfectant in history. Researchers have also uncovered kilns where this lime was produced and countless human remains that have been scattered over something that resembles a monstrous bonfire. This has led theorists to believe that the plague victims were incinerated in Ancient Egypt. Researchers have also found pottery within the kiln that allows them to date the site to the 3rd Century AD, a period when the Plague of Cyprian was ravaging through the entire Roman Empire. Bishop Saint Cyprian further chronicled accounts of the suffering of those afflicted by the plague in his Latin text that has been entitled De Mortalitate. According to the saint, excessive vomiting, limbs being taken off due to contagion and bleeding from the eyes were common among all plague victims. Plague might have been termed as a form of measles or smallpox by modern day scientists, but it certainly took its toll on the Roman Empire and Ancient Egypt. Apart from claiming more than 5000 people on a daily basis in Rome, it also claimed two emperors (Hostilian and Claudius II Gothicus). Even though the plague was not the end of the world as predicted by Saint Cyprian, most historians believe that the great plague of Cyprus was one of the major reasons that weakened the Roman Empire and ultimately led to its downfall. The lack of religious rites at the funeral complexes also give rise to theories that the ancients tried to curb the spread of the disease by burying their dead in a quick and efficient manner. The burial monument also has traces of being abandoned after the plague, never to be used again. According to Francesco Tiradritti, the director of MAIL, the fact that these sites were used for burial of infected corpses doomed them for centuries until tomb raiders once again entered them in the 19th century. The discovery of this undisturbed complex also allows historians to further their insights into an era known as the Pharaonic Renaissance, a period that lasted from the 7th Century BC to the 6th Century BC. ]]>