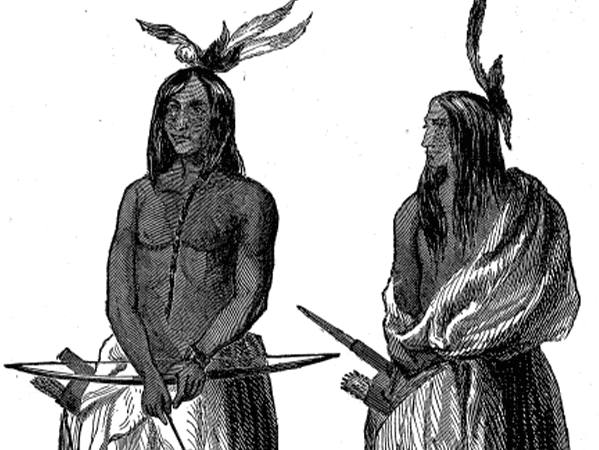 Someone would expect that a small town in Illinois of 7,970 people would not have much history. But recently, a group of archaeologists have found evidence of a nearly 1,000 year old Native American village in Murphysboro, which is near the Southern Illinois Airport. This village would have pre-dated any European contact. This find was actually by accident. The group of archaeologists that found the historic land were from the Illinois Archaeological Survey, and their purpose was to survey land in order for the state of Illinois to build. Instead of finding good land for a modern road to be built on, they found something even more valuable.  It is not known for certain the tribe or culture that the archaeologists dug up, but they found material such as clay that was used to make pots, which gave them a few ideas. There are about four known Native American tribes that currently live or have lived in Illinois: Kaskaskia, Moingwena, Peoria and the Moingona. They were part of the Shawnee people that came from the American Midwest. The history of the Shawnee people began in the late Pleistocene age, where at that time they were known as the Paleo-Indians. They hunted large animals such as bison, mastodons, caribou and mammoths. Some of these Paleo-Indians moved to the Ohio region, and settled there. At around 1000 AD, they started to flourish and took up a culture known as the Fort Ancient culture. They were known as the mound builders, as they constructed massive earthen mounds for homes, burials and also for ceremonial purposes. They grew mostly maize and had year-round nuclear families that lived in settlements of about 40 to 50 individuals. These settlements would be scatted along terraces that overlooked rivers and also on flood plains. Some groups had habits of moving to different locations. Now, there are only 1.03% Native Americans in the small town of Murphysboro, and an even meager 0.3% in the whole state of Illinois.

Patrick Durst, the Senior Researcher of the Illinois State Archaeological Survey, stated that the find has opened up a new area of study for him and his team. They will conduct further research to find out if the groups that lived in this location formed any of the tribes that are known today, or if they stayed in the area and became something else. The tribes today actually came after the remnants of what were found at the site.

Charcoal was found in the soil, which caused Durst and his team to believe that several homes were burnt down. The excavation also brought up old clay pots, tools and stones. They also found mussel shells and deer and fish bones on the site, which correlates to the way of the Fort Ancient culture of hunting and settling around the local rivers. The artifacts will be further analyzed to better identify the people the artifacts belonged to and their way of life.