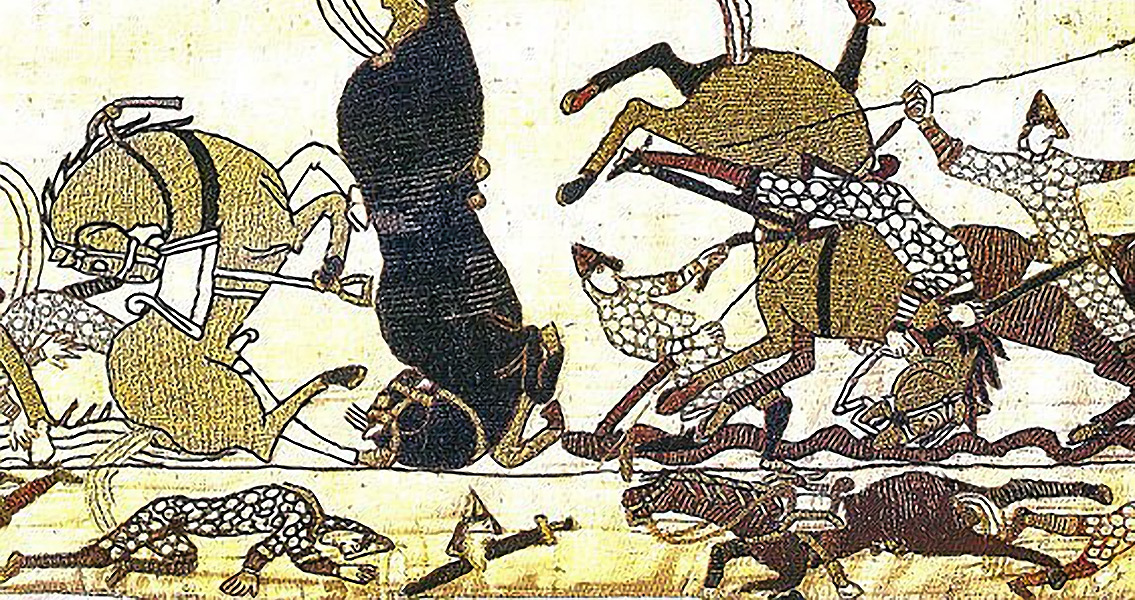 Geography providing the basis of much our knowledge. The Roman Conquest, starting from 43 CE, led to a significant increase in diversity. Traders from across the Roman Empire were drawn to the Roman colonies in England, and soldiers from as far away as Africa were deployed there. Following the Roman withdrawal many of these people left Britain, but there is little doubt that the years of Roman occupation led to a diversification of the inhabitants of the British Isles. After the Romans abandoned their colonies in Britain, several centuries of colonisation by Germanic Tribes followed. These groups, the Angles, Jutes and Saxons, settled in the south of England, and slowly became the ‘English’. This was followed by Viking influences, starting from the eighth century. Initially raiders who attacked and pillaged Anglo-Saxon communities, Norse armies began to settle in the north of England from the ninth century. Again, the Vikings ultimately left the British Isles, but they undoubtedly left a mark on the population. The final major invasion of the British Isles in the early medieval period came in 1066, with the Norman Conquest. The story of William the Conqueror is well known, but it is important to acknowledge the long term impact the Normans had on English culture. French influence permanently altered the largely Germanic language, and can still be heard in modern English. Norman traditions also filtered through into British politics and law, with traces that can still be seen to this day. The Norman, Viking and Roman immigration to Britain was largely facilitated though invasion and military expansion. In the centuries since, immigration has remained a central part of British history, one far too complex to discuss here. As politicians debate ideas of immigration and British identity, it is important to remember just intertwined foreign influence is with the country’s past.]]>