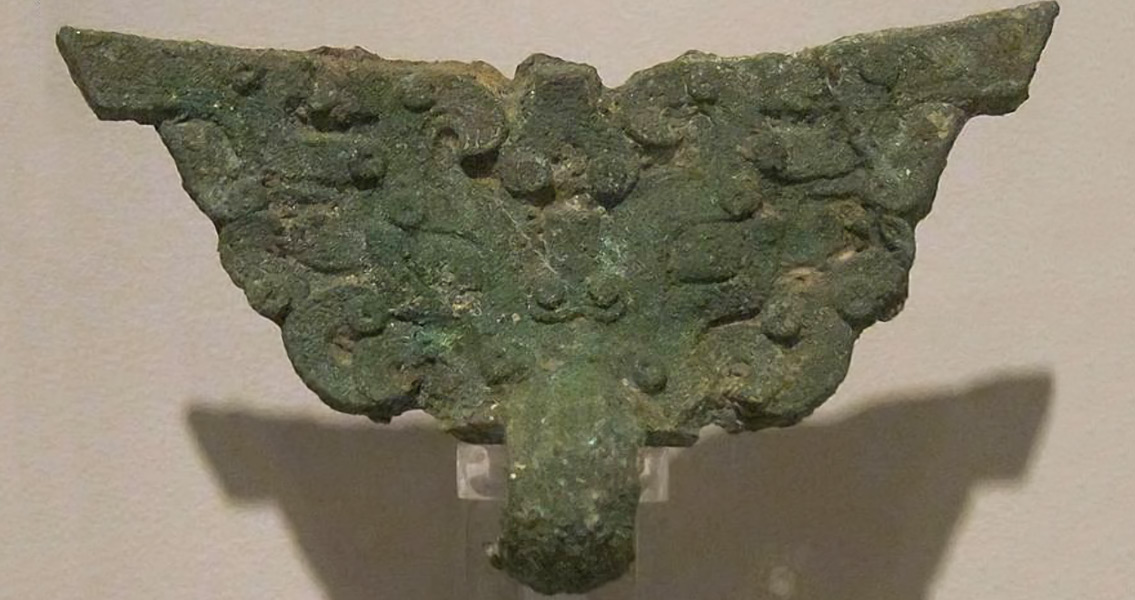 Ancient Origins, shows that the artefact is very old, even though researchers still have to find a way of reliably dating it using radiocarbon or other methods. So far, the surest sign pointing to it being a truly ancient artefact are the symbols decorating it and its very shape. The shape and the symbols appear in different Chinese dynasties spanning a period between 2070 BCE and 256 BCE. There is a dragon figure along the blade, for instance, which was common during the rule of the Shang dynasty, between 1600 and 1046 BCE, but had first appeared during the previous dynasty, Xia, which dominated China between 2700 and 1600 BCE, and was still in use in the dynastic period that followed Shang, the Zhou dynasty (1046 to 256 BCE). According to one of the researchers working on the sword, Siu-Leung Lee, the grotesque mask found on the handle and on the guard of the sword, called Taotie, originates even earlier, in the time of the Liangzhu culture which thrived between 3400 and 2250 BCE. It is, however, most common in artefacts from the Shang and Zhou dynasties. What makes the find even more fascinating is the similarity between the Taotie symbol and a symbol used by the Mesoamerican Olmec culture. This is not the first example of this similarity. Parallels have been drawn between ancient Chinese and Olmec mythology and symbology for a hundred years now. The Olmec culture is actually believed to have originated around 1500 BCE, soon after the rise of the Shang dynasty in China. Some scientists, according to Haskell, believe the Chinese culture had a direct and formative influence over the Olmec civilisation which spread over later cultures in the region, including the Mayans. One such similarity regards jade, which during the Shang dynasty was considered to be more valuable than gold, Haskell notes, both in China and among the Olmecs. The Mesoamerican culture learned how to work jade during its Middle Formative period, between 900 and 300 BCE, a mastery that may have been revealed to them by the Chinese. The author actually compares the extent of Chinese influence on the Mesoamerican culture with the effect of the European conquest of the region in the sixteenth century. In answer to the question how the votive object reached Georgia, Haskell supplies an explanation connected to the travelling habits of the Olmecs and other cultures around the Gulf of Mexico. The cultural influence of the Olmecs spread both into South and North America through neighbourly exchanges with other local cultures. They were also skilled seamen, travelling in dugout-log canoes capable of long journeys, so it is possible that they spread their culture during these journeys as well. it remains to be established, if possible, whether the votive sword was left by Chinese travelers to Georgia or was part of the exchange between the Asian culture and the Olmecs. Image courtesy of Wikimedia Commons user: Hiart]]>